Now that the coronavirus is surging again, people need a ray of hope, a credible perspective that they can regain some of their freedom soon. Can technology provide it?

Before summer, I expressed skepticism about the effectiveness of a corona tracking app. Echoing expert opinion on the limitations of using Bluetooth to gauge distance, I didn’t think it would be possible to reliably catch exposure events without generating heaps of false positives. Who would want to quarantine because they happened to be at the grocery isles while, at the same time, an (unaware) corona carrier happened to linger at the nearby meat section a few meters across?

Well, the app has been released, and I’m sure you’re dying to know whether I installed Coronamelder on my phone. The answer is: I did. When 15 minutes of proximity is required for an encounter to be considered a potential corona-transmitting event, Bluetooth’s shortcomings aren’t that important. I don’t know if virologically it makes sense to set the minimum at 15 minutes, but for sure, the characteristics of Bluetooth make such a long time span a necessity.

So, in the end, I figured installing the app might do a little good. I’m under no illusion, however, that it’s a game-changer in getting the virus under control. The deciding factors are social distancing, good hygiene, widespread testing and limiting people’s movements and encounters. The app would be a worthwhile addition if only a lot more people would start using it.

More generally, when it comes to combating the virus itself, technology has been a little disappointing during this pandemic. Technology has undoubtedly shined in other departments – imagine what this pandemic would have been like in, say, the nineties! – but it hasn’t contributed much to getting the numbers down.

Could it, though? Tapping into the collective wisdom of the Bits&Chips community, I think it might. Having squandered our chance in summer to squash the virus like many Asian countries did, we’re now facing a long partial lockdown during the dark winter months. Worse, if we’re not careful, we face an exhausting sawtooth-patterned series of them for who knows how long. If a vaccine makes it past the post soon, it won’t make a difference because it’ll take a long time to deploy. Now more than ever, people need a ray of hope, a credible perspective that they can regain some of their freedom soon.

What if we could ‘certify’ individuals to be corona free?

So what if we could ‘certify’ individuals to be corona free? As short-lived as such a certification would be, it would open up so many possibilities. Like safely going to the office for a day or two, attending a concert or even cheering at a football game. That sounds pretty good, right?

Technically, you could make all this happen by testing people at the entrance, using rapid Covid-19 tests, which are increasingly becoming available. And, indeed, this approach will probably work fine for, say, going to a bar. People take a test at the door, go for a little walk and are allowed in (or not) when the result comes back not much later. The disadvantage is that someone with corona still left the house before finding out. With social distancing still in effect in public spaces, chances of infecting someone else are low, but it’s not ideal.

Testing at the door won’t work for big events, though. So many people traveling and then waiting near the venue to get tested and to receive the result: hard to see how this could be done without helping the virus spread.

So, ideally, people need to be able to test at home and be able to provide proof when the test took place and what the result was. It also shouldn’t add much cost to that of the test itself, it shouldn’t take long to develop and, of course, the method needs to be airtight – no faking negative results.

Can this be done, dear reader? I might be biased, but I can’t think of a community better suited to come up with a viable solution. 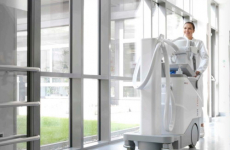 In the third quarter, Agfa-Gevaert recorded 410 million euros in revenue. Excluding the sale of part of its healthcare IT… 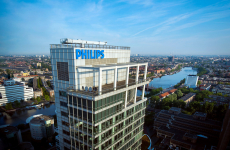 Philips in good company atop Forbes list of best employers

Philips has been rated as the top health care equipment and services company in the world, according to the 2020… 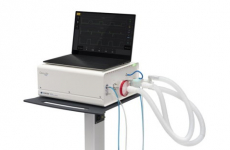