In an explanation of its Q1 results, Afga-Gevaert also announced plans to sell part of its newly formed Healthcare division (link in Dutch). The imaging specialist from Mortsel has decided to further extend the division’s independence. The future Agfa Healthcare will retain the majority of the Imaging IT business and will remain one of the growth engines of the Agfa-Gevaert Group, the company states.

The part to be sold is expected to primarily comprise the Hospital IT and Integrated Care businesses, as well as the Imaging IT business to the extent that this business is tightly integrated into the Hospital IT business. This is the case mainly in Germany, Austria and Switzerland, France and Brazil. Preparations for the sale process have started, with a scheduled launch in the second half of this year.

In Q1 of 2019, Agfa recorded a revenue of 538 million euros. This is a 1.9 percent year-on-year decrease (on a comparable basis), resulting in a net loss of 3 million euros. The company reports that its top line was stable versus the first quarter of 2018, excluding the impact of the discontinuation of certain offset-related reseller activities in the United States. The inkjet product range did well and the Radiology Solutions division’s hardcopy range started to benefit from the reorganization of the distribution channels in China. The Healthcare IT division performed according to expectations.

“Our continuous focus on further improving the profitability of the healthcare IT activities is clearly starting to bear fruit,” says Christian Reinaudo, President and CEO of the Agfa-Gevaert Group. “The Offset Solutions division continues to struggle with the many challenges in its industry, but we are convinced that the alliance with Lucky Huaguang Graphics and the other strategic measures we have taken will allow the division to improve both its top line and its profitability.” 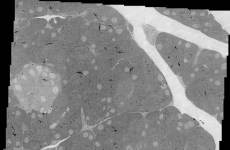 Medical and biological scientists are eager to create 3D images for their research at nanometer resolution. However, without an efficient… 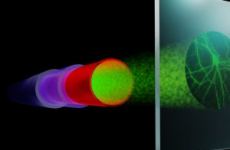