Due to the current circumstances, it’s no longer interesting for me to practice my profession in Russia. All US companies have closed their offices in my country and my current employer hasn’t been able to keep its Western clientele. The entire financial situation has been shaken up. Because international monetary transactions are virtually impossible, I’m afraid I won’t be receiving my salary much longer.

I’m now in contact with a Dutch chip company that has offered me an interesting job. However, administrative complications appear to prohibit me from coming to the Netherlands directly. That’s why they’ve proposed that I work for them from Moscow for the time being.

I have no problem waiting a little longer before relocating to the Netherlands, but I do find it a bit exciting. Am I going to receive my monthly salary? How do I set up a stable internet connection between Moscow and Amsterdam in the current political situation? How long will that take? What if relations deteriorate further and international travel becomes completely impossible?

First of all, I have to say that I find it strange that the company is unable to get you here within a few weeks. To this end, a well-oiled immigration procedure for highly skilled migrants has existed in the Netherlands for many years. Even if the company doesn’t have an accreditation with the Immigration and Naturalization Service (IND) yet, there are payroll companies that can arrange this for a small fee. This lets you circumvent some of the problems created by the chosen solution.

I don’t see international travel as the biggest problem for the time being, as long as Turkey’s relationship with Russia remains as is. And while a stable VPN connection can be a challenge for the IT department, it’s not impossible to arrange. The biggest problem currently is transferring monthly salary payments from the West to Russia. As a result of the Russian invasion of Ukraine, the EU, the US, Canada, Japan and the UK have excluded the majority of Russian banks from the international payment system, SWIFT. This makes money transfers to and from Russia slower and more difficult.

Several international service providers exist that support companies wanting to hire employees in a country where they don’t have an office. They do so by creating a construction equivalent to having a legal entity there. Additionally, a fully outsourced HR department with full knowledge of the local tax and employment law is offered as a service. Before the war in Ukraine, these organizations offered this service in Russia as well, but not anymore. However, there’s still one in China that can provide the service under the circumstances. Apparently, there are separate agreements between Russia and China (and perhaps other Asian countries) regarding mutual payment transactions.

But even when this construction is operational, it remains an uncertain situation. On the other hand, when payments are made in rubles and they originate from China, they may very well be left untouched by the Russian government. 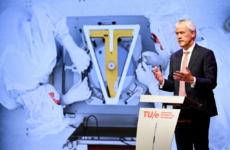 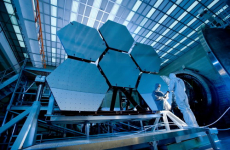 The Dutch government’s agnostic attitude towards economic development has definitively come to an end. Minister Micky Adriaansens of Economic Affairs…

K.K. asks: Since obtaining my MBA, I’ve gained several years of experience in leading sales and marketing positions in the… 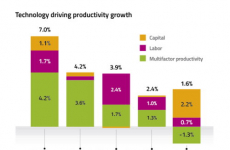 “Industry needs to step up digitalization”

If the manufacturing industry’s more than healthy growth rate of late is to be maintained, digitalization efforts need to be…