ASML has cut Q1 revenue guidance by about 25 percent, mostly due to the impact of the corona crisis. The company now expects Q1 revenue of 2.4-2.5 billion dollars, down from the previously guided 3.1-3.3 billion. Impacted revenue will shift to subsequent quarters, however.

According to CEO Peter Wennink, three effects impacted ASML’s operations. “First, we’ve experienced some delays in DUV shipments to Wuhan, China, as well as to other customers due to shipment and travel restrictions regarding COVID-19. Second, we’ve experienced some issues in our supply chain, which for now have been solved. Combined with longer than initially planned cycle times for the first NXE:3400C models in final configuration, this has resulted in some delays in shipment.”

“Third, due to concerns around the continued ability to ship systems in the current circumstances, some customers have asked us to expedite the delivery of EUV systems by shipping the systems before the normal factory acceptance tests. The implication of this is a delay in our revenue recognition as final acceptance will now take place after successful installation at the customer site.”

Wennink stressed that, so far, ASML’s manufacturing capability hasn’t been compromised. Demand hasn’t decreased either. Nonetheless, due to the uncertainties surrounding the pandemic, the company halted share buybacks in Q2. 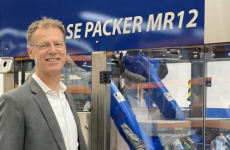