ASML shouldn’t be singled out as the only semiconductor company to be restricted. If the US wants to cut off China, at the very least, ban American technology too.

Finally, ASML finds itself in the eye of a geopolitical battle. It was just a matter of time, once the Trump administration started to put the squeeze on China. The US is hell-bent on stopping, or at the very least slowing down, the Chinese advance on the world stage. Everything was fine as long as China was manufacturing the easy stuff, but now that it starts posing a threat – economically, technologically and therefore ultimately militarily – to the American hegemony, the fight is on.

According to the reports, initially by Nikkei Asian Review and more recently by Reuters, US pressure led the Dutch government to withhold the license required for ASML to ship an EUV scanner to a Chinese customer. This is almost certainly SMIC, China’s most advanced semiconductor company. At this point, the foundry has no need for EUV in manufacturing. But, the same way Intel, TSMC and Samsung had machines to play with years before they even considered moving EUV into production, SMIC obviously will require some time to learn the tricks of the trade.

I wouldn’t be so sure, however, that it was just US pressure that put SMIC’s order on hold. The Dutch government presented its own China strategy right before ASML’s export license wasn’t renewed. Called ‘A new balance’, it marks a new way of weighing national interests. Basically, short-term commercial interests are no longer drowning out all the other ones. Eyes have been opened to China keenly taking advantage of the possibilities that open, Western economies offer, while not returning the favor at home. The Dutch government acknowledges this asymmetry is both an economic and a national security threat.

The document specifically mentions semiconductors and lithography as powering technological revolutions, which China intends to leverage to move up in the world. Shattering the previously widely held assumption that China would never be able to catch up to the West, or if it did, it would be to our advantage too – the government no longer considers China’s ascension on the world stage necessarily a good thing. Just as technology can change our future, so can a more powerful China.

So, indeed, if the US government has been pressuring the Dutch, it might not have had to press all that hard. It’s not likely that the whole strategy was written merely to appease US wishes, either. Though only the US pursues an aggressive course of action, most Western countries have adopted a more stern stance on China in recent years. The US did – even before the stable genius became president.

What about Applied Materials and Intel?

There’s much to be said for the Netherlands and Europe rethinking their approach to China, but the US’ pursuit of global dominance isn’t our fight. With that in mind, it’s interesting to note that ASML is a very convenient target for the Trump administration. Curtailing the company will have next to no impact domestically, unlike when chip sales to ZTE were temporarily banned. So what about, say, Applied Materials? Will its sales be restricted as well? That company wants as much a piece of the action in booming China as ASML does. What about Intel? Surely its chips can be used to power advanced weaponry.

ASML’s technology is of exceptional strategic importance, though. Cutting off the Chinese from EUV will leave them forever stuck at 7-ish nanometer process technology, preserving the country’s dependence on imports for the most advanced semiconductor technology. To cut it off completely, however, one would have to convince TSMC to stop supplying the mainland (the Taiwanese foundry recently shipped the first EUV-made chips to Huawei).

Still, it doesn’t seem fair to single out ASML when loads of US tech companies are allowed to continue doing business there. So, unless the Dutch government itself feels it would be wise to cut off China from EUV or use it as leverage in dealings with China, it shouldn’t ban the export. The sad reality of it, of course, is that if the US would really flex its muscles on the issue, the Netherlands would most likely cave. 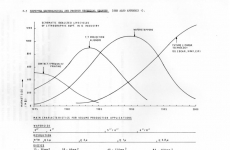 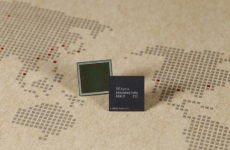 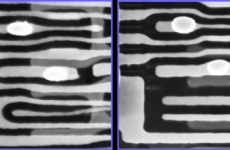 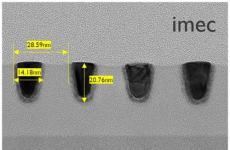