Hans Winands is the business unit manager for high-tech systems at Demcon.

Over the last few years, the collaboration between ASML and Demcon has extended to developing machine components and modules. As a first step, the high-end technology supplier has developed the pre-aligner for a new wafer handler in the next generation of immersion lithography machines.

For nearly twenty years, Demcon has been supplying qualification tools to ASML to support both development and production activities. The majority of these tools are used to test wafer and reticle stages (or parts thereof), cable slabs and short-stroke and long-stroke actuators. The tools assess properties in the electrical, mechanical, dynamic, thermal and mechatronic domains, performing tests that range from simple connectivity probes to automated high-frequency dynamic disturbance measurements.

In recent years, the collaboration between Demcon and ASML has intensified – so much so that in 2011, Demcon even opened a branch in Eindhoven. Its evolution into a group of companies now employing some 275 people and covering a large range of competencies, including system assembly, both reflects and fuels its next ambition: becoming a system supplier that develops and manufactures modules for OEMs.

The main design challenge was in the

thermal conditioning of the wafer, which required a millikelvin temperature homogeneity that had to be achieved within a matter of seconds, while at the same time the wafer’s alignment had to be determined (and corrected) in the micrometre range. The final design was based on numerous heat transfer and fluid mechanics simulations by Demcon Bunova and was substantiated by experiments.

Pre-aligner prototypes have now been built by VDL ETG, who will also drive further industrialization. Demcon will deliver support where necessary.

Building on Demcon’s track record of designing and manufacturing complex qualification tools, the pre-aligner project immersed the company in the approach used by ASML and VDL ETG regarding aspects such as design environment and release policy, manufacturability, cost price and logistics. The experience gained in the project has helped Demcon become an even better development partner, one that can now manage the full product lifecycle, including the resolution of handover issues from research to design and engineering, and eventually to manufacturing.

Demcon has also been QLTC-qualified by ASML, which opens the door for module manufacturing and delivery. The company’s challenge now is to identify a suitable development and manufacturing follow-up project to demonstrate its value as a system supplier. In the meantime, Demcon continues in its role as a trusted qualification design house for ASML. 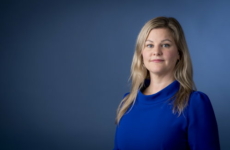 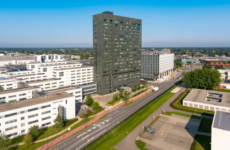