Working in high tech for 35 years, René Penning de Vries has never seen more potential waiting to come to fruition. The technology, the ideas, the means: it’s all there. But creating a billion euro integrated photonics industry in the Netherlands will require a lot more hard work and persistence. “Our biggest pitfall is complacency,” says the chairman of PhotonDelta, a collaboration founded to steer the effort.

Originally started in 2015 as a regional project to demonstrate the feasibility and potential of photonic integration technology, PhotonDelta recently went national. Last December, companies, universities, research institutions and local, as well as national authorities signed a 236 million euro, eight-year covenant to accelerate the development of integrated photonics. The ambitious goal: inflating the current industry turnover, estimated at 60 million euros, to a whopping 1 billion euros by 2026.

According to René Penning de Vries, chairman of PhotonDelta’s supervisory board, as well as the organization’s figurehead, the time invested to expand the scope has been time well spent. “The ambition to build a world-class integrated photonics ecosystem in The Netherlands originated in the research community, which started to push its excellent technology. But what you need are end users to tell you what they really want, that drive you to deliver results,” says Penning de Vries, who as a former Philips and NXP executive had a front-row seat when the innovation model in the tech industry switched from push to pull.

“Setting up an effective organizational structure that reflects this way of thinking hasn’t been straightforward. Years ago, such an ecosystem would basically be part of Philips. These days, everything we need is there – design, manufacturing, assembly – but spread out over multiple SMEs, which by nature have limited scope and means to invest. We needed to find a way to bring these companies together in one large virtual company of sorts, thus creating a fully functioning supply chain,” explains Penning de Vries.

Collaboration typically comes naturally for Dutch high tech companies, but it took some doing to link up the photonics sector. “That’s perfectly understandable. These companies are run by entrepreneurs who for years could only depend on themselves to build and grow their company. It’s not their first instinct to work with others, especially if it’s a competitor in one way or another. In some cases, there has been friction in the past. We needed to convince the people – and I believe we succeeded – that for them to be successful, they all need to be successful. No one company can provide the solutions customers demand.”

The mission of the PhotonDelta partnership is fourfold:

To stimulate collaboration, PhotonDelta offers incentives. In return for financial support, however, the partnership expects companies to contribute to the success of the whole ecosystem. “In integrated photonics, there are still a lot of technological issues waiting to be solved, most of them spanning across several engineering disciplines. If every player would lean back and think someone else should fix the problem, we will go nowhere.”

Even with collaboration running smoothly, developing increasingly complex, new products will nonetheless be no mean feat, Penning de Vries adds. “In integrated photonics, there is not yet such a thing as a systems architect, someone who has a reasonable understanding of all the system components and who knows how to bring those together. Active and passive photonic components, electronics, packaging technology: it’s a mix of expertise that’s quite rare. We definitely need to address that issue.”

Another major hurdle is to be found in application development. Integrated photonics is poised to replace certain electronic components (eg in digital communication, particularly in data centers) or optical systems that are currently composed of discrete components (eg sensors, such as in medical diagnostic systems). But who will develop these products? The photonics sector often lacks expertise in the particular application domain, whereas start-ups and companies that could benefit from the new technology might not even be aware of the possibilities.

“That’s a problem we haven’t quite figured out,” admits Penning de Vries. “Obviously, we need to find a way to bring parties together. One way to do it would be to start application centers, where photonics people work side by side with those who know the application. Another way would be setting up design centers, which turn a list of specifications into a photonic integrated circuit design, which then can be manufactured and packaged elsewhere.”

In the semiconductor industry, silicon has become the dominant substrate, although other base materials – such as gallium nitride or silicon carbide – are still used in certain applications. Similarly, several PIC materials are available, each with its own strengths and weaknesses. Indium phosphide allows for the integration of active components (most importantly lasers), silicon nitride sports low light losses (allowing for more complex circuits) and silicon benefits from decades of manufacturing experience in the semiconductor industry. These technologies can be combined.

In the Netherlands, Smart Photonics focuses on indium phosphide, Lionix on silicon nitride and Phix on assembly and packaging of PICs into photonic modules, which includes integration with electronic driver circuits (typically CMOS).

So what will the Dutch photonics ecosystem look like in seven years from now, ideally? “The heart would be a world-renowned manufacturing center of integrated photonics systems. These foundries manufacture for both Dutch and foreign companies.” Thus, PhotonDelta bets heavily on Smart Photonics (an indium phosphide-based photonic integrated circuits foundry), Lionix (silicon nitride-based) and Phix (assembly and packaging) to scale up their operations and outrun the international competition. Currently, these foundries have two Dutch customers: start-up Effect Photonics (optical transceivers) and Technobis (aviation sensing).

“I think we have a good shot at this. Certainly, other countries nurture similar ambitions, but in 35 years I’ve never seen more potential waiting to come to fruition than here. Our biggest pitfall is complacency, though. Around here, we’re quick to assume we’ve got our affairs in order, but only our customers can pass judgment on that! No doubt our capacity to deliver still needs work. You can drop the ball on a big customer only once.” Potential customers across the world have taken notice of the Dutch ambitions, though, Penning de Vries assures. “They tell us it’s exactly what they were hoping for.”

Still, in a globalized world, what’s keeping Smart Photonics or any other core function company here if a big foreign investor comes calling? Already Lionix has been bought by a South Korean company. “In the end, you probably cannot stop that sort of thing,” Penning de Vries agrees. Yet, he sees several reasons to be optimistic.

“First, around these parts, there are plenty of entrepreneurs that aren’t in it to cash out quickly. If they were, they chose the wrong business anyway. Secondly, any company accepting public investments has a moral obligation to the taxpayer – it may not be a legal contract, but there’s pressure. And thirdly, in the wake of recent geopolitical developments, the appreciation for manufacturing has soared. Integrated photonics is an obvious candidate to expand industrial activities in the Netherlands and Europe.”

“On the other hand, we shouldn’t turn our backs on the world. If you can forge partnerships with organizations that really matter, you should. PhotonDelta from the very beginning cultivated strong ties with the American Institute for Manufacturing Integrated Photonics, which focuses on silicon photonics. So does Imec, right across the border. Obviously, we would like them to get involved at some point.”

“In the end, worrying about what might happen, won’t help. Yes, some things are beyond our control. So, let’s focus on what we can control. It all boils down to persistence and a desire to perform.” 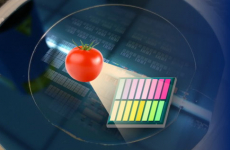 Photonics startup Mantispectra has secured a seed capital investment from Photondelta and Innovation Industries. The spinoff from Eindhoven University of… 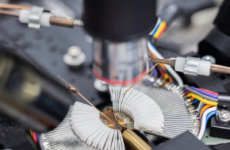 As of 1 January, Technobis’ Integrated Photonic Sensing (IPS) business unit is continuing as an independent entity, called Photonfirst. “With… 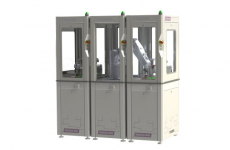 The Chip Integration Technology Center (CITC), Phix, Physik Instrumente and Tegema have put together a consortium for integrated photonics assembly… 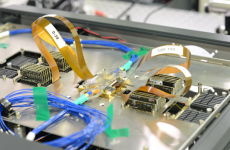 With the release of a new generation quantum photonic processor, startup Quix wants to show the world that it has…