After the successful launch of the ESA and EU-funded Vega space flight from the Guiana Space Center, Cosine’s advanced remote sensing system, the Hyperscout 2 (HS2), is now in low-earth orbit. The HS2 is equipped with both a spectral channel operating at visible wavelengths and a multispectral channel operating in the thermal infrared. Additionally, the system incorporates an ultra-low-power artificial intelligence accelerator to perform processing tasks that were previously only possible on the ground.

Made possible with support from the Earth Observation Directorate of the ESA and the Netherlands Space Office, the upgraded Hyperscout boasts powerful onboard processing capabilities, coupled with multiband thermal infrared imaging, as well as the Myriad 2 vision processing unit (VPU) from Intel – enabling AI to run more efficiently than ever before. The HS2 will be utilized to support Federated Satellite System tandem mission (FSSCat) applications related to monitoring soil moisture, ice extent, ice thickness, as well as the detection of melting ponds over ice.

“The Hyperscout 2 data is going to be paired with the first Hyperscout, which has been in orbit since early 2018. This will allow experimental programs to investigate the use of artificial intelligence on distributed platforms and on imagery acquired with shorter revisit times and which contains additional spectral information,” explains Marco Esposito, Business Unit Manager Remote Sensing at Cosine (link in Dutch). “This greatly increases the number and variety of scientific, operational and commercial applications that can be implemented using Hyperscout.” 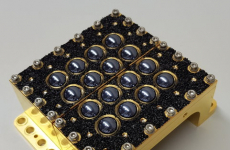 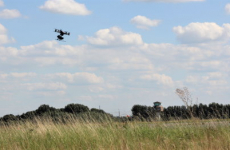 Unmanned Valley welcomes its first inhabitants, all active in the field of aerospace, drones and sensors. Aerialtronics, Deck180, Drone Flight… 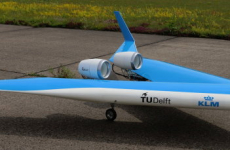