Confronted with global economic headwinds, Photonfirst is forced to shore up ambitions to go public in 2025, prompting CEO Daan Kersten to step aside and start his own company.

The CEO and CFO of photonic-sensing scale-up Photonfirst have stepped down to start industrial accelerator Include Industries. Daan Kersten (52) and Ilko Bosman (44), who both also served at 3D printer manufacturer Additive Industries, aim to bridge the gap between private equity investment and management buy-ins. The duo wants to help promising high-tech companies to realize their growth potential in a way that’s good for the owner, the company and its employees. Bits&Chips talked to Daan Kersten about his previous and his new venture.

First of all, what happened at Photonfirst?

Daan Kersten: “Ilko and I were asked two-and-a-half years ago to head up Photonfirst with the intention of taking the company public in 2025. We were off to a good start, but the world has changed recently. Inflation, the economy cooling, fears of a recession. Under these circumstances, faced with increased risk and capital costs, shareholders are inclined to scale down ambitions. That’s perfectly reasonable, but Ilko and I aren’t the right people to manage that kind of company. We’re the kind of people who like to build up and grow companies fast.”

So your departure was amicable?

“Absolutely. The plan was to grow fast and go public. If going public isn’t in the cards for the time being, you need a different plan. And the right people to execute that plan. If there isn’t a good fit between your shareholders’ view of the company and your own perspective and ambitions, stepping aside is the right thing to do. Mind you: I’m a shareholder in Photonfirst, too. I still want the company to become a success.”

“Of course. When you start an adventure, you’d like to see it through. In that respect, it’s a pity. On the other hand, it’s the sort of thing you know can happen, especially when working with fast-growing companies.”

In light of what’s happening at Photonfirst, do you think that the Dutch ambitions for integrated photonics need to be toned down while the economic climate is less than ideal?

“No, I don’t think so. This is all part of the game in deep tech – and integrated photonics is the Champions League of deep tech. It simply requires the right type of investor with deep pockets, which is rare around these parts. Fortunately, we’ve seen that the Dutch government has taken on a more active role to move this field along.”

What’s the mission of Include Industries?

“We’d like to use our experience in growing technology companies quickly and carefully to offer continuity to the Dutch industrial SME gems. A growing number of industrial SME entrepreneurs will want to sell their businesses in the coming years to enjoy a well-deserved retirement. Include Industries will take over promising companies and grow them together with the owner.”

“We only invest in companies with growth potential and have no plan to sell the companies after a few years – the focus is on long-term value creation. Synergy between companies within Include Industries will provide new fuel for growth.”

Photonfirst won’t be an exception; the entire high-tech sector is bound to start experiencing headwinds. Isn’t that a nonstarter for your new company?

“It’s a matter of perspective. If realizing rapid growth is your thing, you tend to see things a little differently. There’s plenty of unfulfilled potential to find in the Brainport region, and there’s enough capital to go around. We really think we can make things happen to the benefit of everyone involved.” 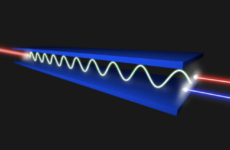 Through a concerted effort spearheaded by the University of Twente, the silicon nitride ecosystem in the east of the Netherlands…