Mohsen Hashemi is a senior RF analog design engineer at ItoM in Eindhoven, Netherlands, and a PhD candidate with the microelectronics department at Delft University of Technology, Netherlands.

Conventionally, analog-intensive transmitters are being used for both handheld and infrastructure applications. However, with the rapidly growing need for higher bandwidth and higher system efficiency/integration, direct digital transmitters are gaining more attention to accommodate the demanding requirements of 5G and other advanced wideband applications.

In a modern digital transmitter, the digital input data is converted into two digital signals. These are used to modulate two parameters of the transmitted RF signal in order to increase the spectral efficiency. The input data can, therefore, be mapped on a 2D constellation diagram, which can be represented in a Cartesian or a polar system.

Based on these coordinate systems, there are two general transmitter (TX) architectures: Cartesian TX and polar TX (Figure 1). Cartesian TX combines two orthogonal RF signals (with a 90-degree phase difference) whose amplitudes are modulated by the real (I) and imaginary (Q) parts of the input data, respectively. Polar TX uses a single carrier signal where the amplitude (AM) and phase (Φ) are modulated by the amplitude and phase of the input data. The multiplication of AM and Φ can be done directly by the output power amplifier.

At ItoM, we’ve designed RFICs for various TX applications, both in Cartesian and polar architectures. In an ideal Cartesian TX, all of the signal processing operations are linear, so there’s no limitation on the signal bandwidth. In a polar TX, on the other hand, the conversion from I and Q signals to AM and Φ is highly nonlinear, which in the frequency domain, translates up to a 5x expansion in the bandwidth of AM and Φ signals compared to the final output signal.

That’s why, although a polar TX can normally show a higher power efficiency, it cannot handle wideband signals. Because of this, it’s only suitable for rather low-bandwidth applications such as Bluetooth Low Energy (BLE) or Wi-Fi standards with less than 80 MHz of bandwidth. Cartesian TX architectures are much more suitable for wideband applications, such as 5G communication systems where the signal bandwidth will be 100-400 MHz.

In a conventional analog-intensive Cartesian TX (Figure 2), the digital input signals I and Q are converted to analog by two DACs and passed through a low-pass filter (LPF) to remove the spectral sampling replicas (SSRs). Two mixers then upconvert the analog I and Q signals by multiplying them with two RF signals having a 90-degree phase difference. These two amplitude-modulated RF signals are combined to create a single RF signal of which both the amplitude and phase are modulated. Such a circuit is called a Cartesian modulator.

As the resulting signal is normally very low-power, it should be amplified before being sent to the antenna. This is done using a power amplifier (PA), which in general also requires a driver stage. In such a system, the PA is designed in a nonlinear mode of operation to be power-efficient and is subsequently linearized using digital pre-distortion (DPD). However, to ensure the wideband performance of the whole TX, the DACs, mixers, combiner and sometimes even the driver should be intrinsically linear. Otherwise, the DPD cannot correct for the high level of nonlinearity.

Since the PA is nonlinear, its input should be pre-distorted in such a way that after passing through the nonlinear PA function, the output signal is reconstructed identical to the original input, except for a gain factor. For a 400 MHz signal, for example, the TX lineup including the driver should be capable of working linearly with a modulation bandwidth of up to 2 GHz. Such a demanding bandwidth can take too much engineering effort and power consumption, unless the PA is designed in a linear mode, but that would compromise the power efficiency. This is undesirable, especially for high-power applications such as base-station transmitters. For a 100 W PA, the difference in efficiency between a linear and a nonlinear variant can be around 30 percent, meaning that about 30 W of power would be wasted just to maintain the linearity.

By removing the LPF, and combining the mixer and the DAC in an arrayed topology, we can make a single circuit block known as an RFDAC, which directly converts the digital input signal to the amplitude of the RF signal. In an RFDAC, the mixer is divided into an array of sub-mixers, implemented by simple AND/XOR logic gates. Together with the least and most significant bit units (LSB/MSB) of the DAC with minimal implementation, they form an array of sub-RFDACs.

Since there’s no explicit low-pass filtering, except for the RFDAC’s intrinsic zero-order-hold (ZOH) behavior, the SSRs can appear rather strongly at the output, especially if the signal bandwidth is very high. A common solution is to push and attenuate them as much as possible by increasing the RFDAC’s sampling frequency. Since the linearity constraints on the mixer are relaxed, an RFDAC-based Cartesian modulator consumes less power than a conventional modulator and is able to deliver even more output power. The RFDAC units can actually be designed as sub-PA cells in such a way that they not only deliver much higher power but are also efficient enough to do without the external driver and power amplifier stage. Such a structure is called a direct digital transmitter (DDTX, Figure 3).

Whereas in an analog Cartesian TX with a nonlinear PA, the signal bandwidth is limited to 20 percent of the DAC, mixer and driver bandwidth, in a DDTX, bandwidth is mostly limited by the sampling rate (in practice, actually, to less than 20 percent of the sampling rate). In advanced CMOS nodes, this can easily go beyond 5-6 GHz. Such a structure can potentially handle signal bandwidths up to 500 MHz at the antenna input more easily than its analog-intensive counterpart. As analog solutions might also require multiple chips and modules, a DDTX is superior to an analog TX in terms of system integration as well. The digital solution is paving the way for achieving the wideband, high system efficiency and high system integration requirements of 5G and future wideband applications. 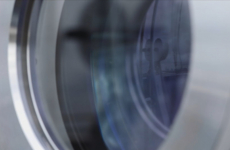 Aircision and TNO have completed their test of setting up fast data transmission links between two towers using laser beams.… 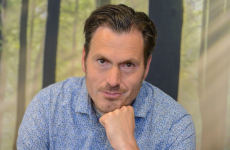 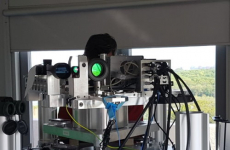 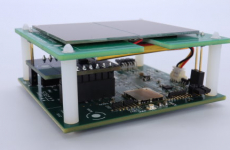