A computer that calculates an entire series of optimized treatment plans for prostate cancer in 30 seconds – that took some getting used to for medical specialists. Using artificial intelligence, the computer presented better plans and more insight than the doctors thought possible. The first patients are due to be treated accordingly already this year.

Surprised and amazed, that’s how radiotherapists felt at Amsterdam University Medical Center, AMC location. A computer using artificial intelligence generated an entire range of plans for the radiation of prostate cancer in no time. Not only that, but these plans were also completely optimized and even specified what the outcome would be of employing a lower or higher dose of radiation.

It usually takes even the most experienced radiotherapist with a lab technician a great deal of time to determine the best radiation treatment for a patient. So how good can a radiation plan be if a computer seems to generate it so effortlessly?

On 11 March 2020, Bits&Chips is organizing the second edition of the Machine Learning Conference at the Verkadefabriek in ’s-Hertogenbosch. In addition to the keynote speech by NXP’s Nicolas Lehment, there will be several sessions delivered by managers, engineers and researchers sharing ML experiences in a broad range of high tech domains, such as automotive, energy, health and semicon.

Nevertheless, the need for improvement was felt strongly by doctors. For them, it’s always a race against the clock to decide on the right radiation plan for brachytherapy, or internal radiation therapy. This kind of treatment is a weapon doctors often use to fight prostate cancer.

Radiation is administered through ten to twenty catheters that are inserted into the patient, penetrating the tumor. They then deliver a source of radiation, which can briefly stop at certain places. The longer the source stops, the more radiation the tumor receives from that place. As catheters are extremely uncomfortable for patients, doctors give themselves an hour’s time at most to devise the best possible radiation plan.

The difficulty lies in the considerations doctors are constantly having to weigh. Preferably, they would simply attack the tumor with a hefty dose of radiation. On the other hand, you have to minimize the damage to the surrounding healthy tissue. Unfortunately, there’s a limit to the precision of the radiation beam. It weakens as it penetrates tissue, but it essentially will go through everything. As a result, some radiation inevitably ends up in healthy areas, where it does more harm than good.

This presents physicians with dilemmas: how do you plan to deliver radiation accurately through catheters? And how high should the minimum dose be? How much radiation will ‘leak’ to the surrounding tissue, and is that acceptable? The ideal plan is different for every patient.

With sufficient experience and practice, radiotherapists and lab technicians can usually create a plan together within an hour – one single plan, that is. With the current software they use for this, and in light of the time pressure, it’s not feasible to also give extensive thought to alternative radiation plans.

Isn’t there a better way to do this? That’s the question radiotherapists, clinical physicians and researchers at the AMC put to Peter Bosman in 2014. Bosman, who’s affiliated with the Centrum Wiskunde & Informatica (CWI) in Amsterdam, was studying AI techniques at the time. He was already focusing on the question of how to use artificial intelligence for medical applications, especially new ways of doing medical image analysis.

The fact that doctors posed this question is unusual, according to Bosman, because it doesn’t reflect how things normally transpire in the medical world. “Doctors are used to working within the possibilities provided by the software they use. They know this software like the back of their hand. It’s usually the medical companies that bring innovations to the clinic.”

Bosman accepted the challenges and put together a research team with the AMC and Elekta, which develops radiation equipment and software for hospitals. The team decided to develop software that’s centered on a kind of AI called evolutionary algorithms. These algorithms are suitable for effectively and efficiently finding good solutions to difficult problems, especially when there are multiple conflicting goals at play.

The team focused mainly on a type of evolutionary algorithm that displays ‘intelligent search behavior’: it can learn about the nature of a particular problem and find better solutions more rapidly. Bosman’s team adapted the algorithms so they could be used for brachytherapy in cases of prostate cancer. They did this by allowing them to use knowledge about how the dose of radiation builds up in the administered catheters. This made it possible to achieve far superior results than with other algorithms.

“Initially the AMC radiotherapists reacted reluctantly to our proposed approach,” recalls Bosman. “Which is completely normal. Imagine, a couple of mathematicians and computer scientists drop by telling that AI can probably do a better job than doctors and their current software, despite their years of experience. We needed time to persuade them.”

The major turning point came two years ago. At that point, the team had made enough progress to do a kind of ‘Pepsi challenge’ with the doctors. “We had the computer create radiation plans for patients who had already been treated in the past at AMC,” explains Bosman. “In other words, the doctors had already made plans for these patients that had been approved.” Subsequently, all plans were anonymized, so the doctors couldn’t check who had developed them. “Then we asked several doctors: which plan would you prefer to use with this patient? In 98 percent of the cases, they chose the plan generated by the computer.”

Bosman’s team also demonstrated that the computer could immediately present an entire range of alternative radiation plans that used lower or higher doses. “The doctors viewed this insight as a unique added value,” says Bosman, “because it gives them time to think about which radiation plan they want to choose, instead of devoting all of their time to developing a single plan. They can now decide how much radiation to deliver to the tumor and how much the healthy tissue can receive.”

From CPU to GPU

The doctors fully embraced the idea and were in favor of using it in the clinic. To reach that point, the team first had to augment the software’s processing speed. At the time of the Pepsi challenge, it still took about an hour to calculate the range of radiation plans for one patient – and that’s not quick enough for clinical practice. Bosman’s team eventually managed to reduce that time to a mere 30 seconds.

This huge gain in speed was mainly achieved by no longer processing the calculations on the system’s central processor (CPU) but on the graphic processor (GPU). It’s a trick that many researchers apply to get more computing power in simulations, graphics and AI. The gain in speed is derived from the fact that the average GPU has thousands of cores that can carry out calculations simultaneously, whereas a high-end CPU has to make do with eight cores.

You can’t simply ‘switch’, though. Algorithms made to run on CPUs don’t automatically run on GPUs. That’s because the cores of a GPU are far simpler than those of a CPU, and you often have to use them in blocks. Bosman: “So you need to look carefully at which calculations really benefit from being run on a GPU. Essentially, they all have to be really simple and you have to want to carry out a large number of them simultaneously. In our case, for example, you want to know how much radiation will be delivered to a huge number of areas. Also, you want to be able to update that frequently as you search for good radiation plans.”

It’s striking that Bosman’s team gets by with a relatively simple consumer GPU, which costs around 1,200 euros. Although these GPUs lack error checking in the accompanying internal memory on the card, the margin of error turns out to be extremely small. This leads to margins of uncertainty in the generated treatment plans that are completely negligible. That’s also why everyone in AI uses these kinds of cards instead of the more expensive ones that do have error checking, according to Bosman.

The collaboration between doctors, researchers and Elekta was excellent. But that’s certainly not something you can take for granted, says Bosman. “It requires a lot of coordination. Our team’s work is spread across CWI, the AMC and the Elekta office in Veenendaal. To make sure that everyone’s on the same page and familiar with each other’s jargon, all researchers get together twice a week, alternating between CWI and the AMC’s premises. In addition, we go to Elekta every four weeks, and every six weeks, we have an update meeting that everyone attends, including the doctors and clinical physicians. This allows us to go over the results together and discover what’s important right now. It has enabled us to become a genuine team.”

Bosman strongly advises researchers to continuously seek a good rapport, if they want to achieve innovation in a similar way. “I’ve also seen examples in the past of how things can go wrong. Despite making clear agreements and project plans in advance, researchers have the tendency to go their own way sometimes. This can cause lines of research to be cast adrift from the practical use that was the point of it all in the first place.”

In the meantime, the partnership between CWI, the AMC and Elekta is thriving. The hospital is hoping to treat its first patient with the radiation plan created with the new AI software before this summer. “Elekta is also interested in commercializing the results of the project,” Bosman says. “And that could mean worldwide clinical application.”

The big advantage of the AI system is that it’s relatively easy to extend to other types of cancer. Indeed, a follow-up project was inevitable. With a grant from KWF Kankerbestrijding (Dutch Cancer Society), Bosman and his colleagues are now going to focus on cervical cancer.

The research will be conducted by a consortium that also includes Leiden UMC and almost all Dutch hospitals that treat cervical cancer with brachytherapy. They’ll test and evaluate the new software that emerges from the project. Elekta is on board again as an industrial partner. And so it’s probably only a matter of time before artificial intelligence can be used as a weapon against this form of cancer as well.

For the last three years, I’ve been active in the middle of the ‘AI storm’: I quit my well-paid job… 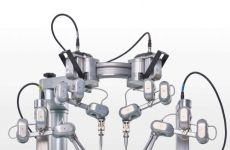 Microsure shores its coffers with €2.7M in new investment

Dutch microsurgical robotics developer Microsure has announced the closing of its Series B funding round. In all, the Eindhoven-based startup… 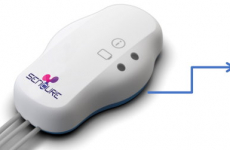 Less than 6 months after announcing the opening of its next investment fund, Cottonwood Technology Fund III has revealed its… 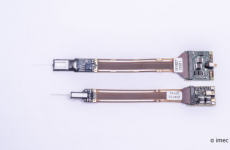 After the success of its first-generation Neuropixels probe, being used in more than 400 labs worldwide, Imec has announced the…