The Dutch government is coordinating potential export restrictions for ASML’s semiconductor equipment with other European countries. “We’re not discussing this with the US only. If we implement export controls, we need other European countries to join in. We’re also in talks with France and Germany,” Trade Minister Liesje Schreinemacher said Sunday in the political interview show Buitenhof.

Dutch export controls would affect the economic interests of other countries, as ASML cultivates an extensive supply network abroad. Schreinemacher likely also wants to prevent suppliers to start selling components to Chinese firms, thus propping up competition in a market that ASML would no longer have access to.

The US is pressuring the Netherlands to extend export controls on EUV scanners to more advanced DUV equipment. Last October, the Biden administration issued unilateral curbs on the export of semiconductor equipment capable of making sub-14nm chips and it wants Japan and the Netherlands to follow suit. According to media reports, both countries were ready to fall in line, although Schreinemacher previously said that the Netherlands “won’t copy the American measures one-to-one.”

ASML vehemently opposes the measures, even though their financial impact is minimal. CEO Peter Wennink has said that it’s unfair that US chipmakers can sell chips made using EUV scanners to Chinese customers, whereas his company isn’t allowed to ship EUV scanners to China. He also noted that US equipment makers have profited from the EUV export ban, due to the increased use of double patterning.

Dutch Prime Minister Mark Rutte and Foreign Affairs Minister Wopke Hoekstra are traveling to Washington DC this week to meet with US president Joe Biden. Export controls are on the agenda, Schreinemacher confirmed.

The agreement between the US, the Netherlands and Japan to restrict the export of certain types of semiconductor equipment to… 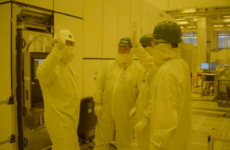