The Dutch government is investing 252 million euros in the domestic defense sector over the next three years. “The geopolitical situation and the international threat levels require close cooperation with partners and allies. This is why the cabinet now explicitly opts for an active international and European industrial policy aimed at strengthening the defense sector,” reads a press release. The so-called Dutch Defense Technological and Industrial Base (NLDTIB) consists of nearly 1,000 companies with an annual turnover of 4.7 billion euros.

The ministries of Defense and Economic Affairs and Climate Policy will grow domestic the budget for military technology research to 76.7 million euros by 2026. To adopt civilian technology for military purposes, the short-cycle innovation budget will inflate to 90 million euros in the same period. Additionally, the Netherlands will be contributing 56 million euros to the NATO Innovation Fund. 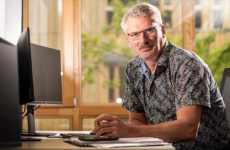 Imagine a system that, once turned on, will stay on for the rest of its life. Neither hardware failures nor…

Maarten Schippers lifts off as CEO of Airbus NL

Maarten Schippers has been appointed CEO of Airbus Defence and Space Netherlands. As of October, he will be in charge…