In the first half of 2020, our complex society came to a complete worldwide halt by a simple string of RNA called the coronavirus. How could we have let this happen? Perhaps we lost track of some fundamental engineering principles. For sure, we could use them to try to manage the aftermath.

Engineering Principle #1: define what you want to achieve. The first thing to decide when starting a project is to define what the goals are: what parameter or cost function do you want to minimize? Most countries saw what happened in Wuhan, where intensive care units risked being overrun by too many patients. Therefore, the Dutch government decided to try and minimize the number of people who need hospitalization.

This was a clear goal, which was communicated crisply to all citizens. People understood what the problem was and what they could do to reach this goal: stay at home and wash your hands. The approach worked and the ICUs were not overrun: goal achieved. Of course, five thousand Dutch who died a horrible death and a tanked economy prevent us from calling this approach a success.

When the number of people in hospitals went down after the peak, our government didn’t define a single new parameter to minimize, so everybody invented their own criteria, resulting in a lot of noise and sloppy behavior of the citizens. Bartenders wanted the same social distancing rules as airliners, people wanted to socialize more, protest marches were organized – we wanted to restart the economy too soon. This all will result in a revival of the virus and more unnecessary grieve in the second half of 2020. This will not be a success. 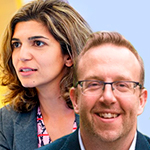 Engineering Principle #2: make a model of the process you want to control, based on what you see in the real world. Lots of scientists started to evaluate the sparse and noisy data, tried to find correlations and understand the nature of the virus, the way it spreads and what it does to the human body. Meanwhile, most of us stayed at home and tried to keep the reproduction factor below 1.

But after a few months, several nitwits surfaced, claiming to know all there is to know. They started to add white noise. For me as an engineer, it was a relief to see that scientists kept at it, while the nitwits were effectively silenced by the press. The signal-to-noise ratio remained at a healthy 50 dB.

Engineering Principle #3: understand the math. The virus spreads from person to person. When one person infects more than one, the number of infected people grows exponentially – the infections double every N days. The human brain isn’t good at handling exponential growth; we’re used to more or less linear extrapolation, so it feels counterintuitive – things don’t look very dangerous when the numbers are low.

Fortunately, Maarten Steinbuch has taught us in several Bits&Chips keynote talks how exponential systems behave for artificial intelligence. Check “The AI revolution: the road to superintelligence” for a mind-changing introduction. The math also works for coronaviruses, and the pitfalls are the same!

Statistics is a blind spot for most people

Statistics is a blind spot for most people. The concept of mean is roughly understood, but few people grasp the concept of probability distribution and standard deviation. When the number of deaths decreased three days in a row, a certain president shouted that from now on, the virus will disappear by itself.

Engineering principle #4: what you don’t measure, you can’t control. When you’ve devised a model, you can build a control system of your process by feeding back relevant measurements into your control loop. But there’s a pitfall: lag. When you drive a car with a blinded front window, using a video of the road from last week, everybody understands that you have to be very careful.

Currently, we face a virus with an incubation period of six days and a test system that yields results after a few days. So the lag in the control system for the government is about two weeks: it takes two weeks before you measure the response of your control system. Thus, the corona dashboard shows the results of previous control actions. Good luck trying to develop an optimal control strategy from these figures! 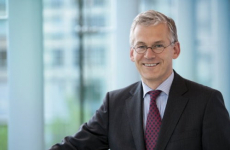 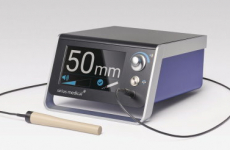 Sirius Medical didn’t waste any time since receiving its CE approval for its Pintutition system in June 2020. Now, just… 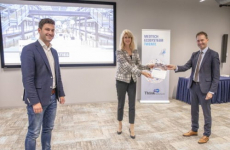 Innovation hub Medtech Twente is asking for an investment of 8.75 million euros from the Dutch government. Regional stakeholders will… 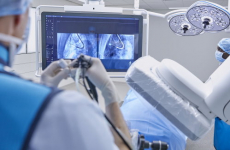 Philips speeds up diagnosis and treatment of lung cancer

Philips has introduced the Azurion Lung Edition, an advanced 3D imaging and navigation platform to accelerate the diagnosis and treatment…