Many entrepreneurs are looking to maintain as much ownership of the company as possible over time. To pay the bills and have some revenue come in, one strategy is to engage in consulting assignments. Of course, some founders are able to go without salary for an extended period of time, but in practice, they often are no longer students and have a mortgage and a family to support. And even if you’re used to living on a tight budget, the time and resources it takes to get a company off the ground requires you to bring in significant amounts of money anyway.

There are a number of risks, including speed, certainty and maintaining the illusion

Spending time on consulting engagements is a perfectly viable strategy to stretch your runway until you need to bring in external funds. In practice, however, I’ve noticed a number of risks companies experience when complementing the product business with consulting engagements. There are at least three that I think are worth discussing here: speed, certainty and maintaining the illusion.

First, spending part of your time on consulting gigs will obviously split your attention between the consulting and the product business. That means, if nothing else, that the progress on your product business will be slower and that things slow down in general. This isn’t only because you’re able to put in fewer hours but especially because of your decreased availability during normal office hours. Much of building a startup is concerned with interacting with potential customers, partners, suppliers, board members, angel investors as well as many others and simply having fewer hours available to have those meetings is already slowing progress down. Many will also wonder about your commitment. If you’re not fully committed as a founder, why would anyone else believe in you and your company?

Second, for all the hype around startups and the way entrepreneurship is almost worshipped in our society, the fact of the matter is that the vast majority of startups are no longer around after a few years. You only have to be right once, as the saying goes, but it really sucks to be part of a failing business even once, not to mention more often. Consulting engagements have a very important characteristic that new-to-the-world product businesses lack: the likelihood that you get paid at the end of the gig is very close to 100 percent. This lure of certainty is very strong and can easily lead founders to put more and more time into consulting and building a nice lifestyle business around it. The consequence is that the product business atrophies as it doesn’t get enough bandwidth.

Third, founders are trying to bring a dream into reality. However, very few people are right all the time. It may well be that your idea of what the world needs is wrong. Being confronted with that reality is painful and many tend to avoid the point where the rubber meets the road and rather dwell in the illusion of working on a fantastic idea. So, the consulting can also be a way of pushing the real validation of your business idea forward so that you can stay in the pink cloud of your unvalidated beliefs. In practice, it’s of course better to yank the bandaid off in one go, meaning to go full into a business idea and move on in case it doesn’t work. It may result in you having to kill your darling, but if it was a deadborn anyway, it’s better to find out as soon as possible so that you can continue ahead with new ideas.

Complementing your startup work with consulting engagements is a perfectly viable strategy, especially for early-stage companies. However, if you continue with that model for too long, there are several traps you might fall into, including lack of progress, the lure of certainty and the pink-cloud syndrome. If you’re serious about your business idea, at some point you need to go all in. If you don’t, you will fail for sure. It’s easy to keep pushing forward the point where you need to bite the bullet, but you’ll never pull the trigger. As Henry T. Ford used to quip, whether you believe you can or you believe you can’t, you’re right! 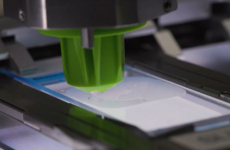 What Brainport can learn from Silicon Valley

More and more capital is finding its way to European and Dutch startups and scale-ups. That’s excellent news, says a…

At first sight, deep tech may sound like the opposite of high tech. It isn’t. Deep tech requires high-tech equipment.…

Entrepreneur lesson #10: It will take twice as long, if you’re lucky

One company I worked with analyzed the businesses they had tried to build over the years. Their analysis showed that…