Amsterdam-based Squad Mobility unveiled its take on a market-ready solar quad, called Squad. This 2-person solar car can reach 45 km/h and is capable of charging up to 9,000 km per year, from its solar panel roof. The brainchild of two former Lightyear employees, the Squad is classified in the L6e category of light 4-wheeled vehicles and will retail under 6,000 euros – a far cry from the 119,000 euro price tag on the Lightyear One family sedan. Subscription and/or lease models are expected as early as next year with a target lease price of around 100 euros per month.

The Squad is specifically developed for sharing platforms. Shared mobility users need easy access, intuitive operation and a safe, stable ride. Cities are looking for the smallest space footprint and zero emissions. While a conventional car claims a space of about 10 m2, Squad’s footprint is only about 2 m2, meaning that up to four Squads can be parked in the same space occupied by a conventional car. Additionally, with the ability to charge from the solar cells on the roof, drivers commuting around 30 km or one hour per day can do so almost emission-free – depending on the climate. However, for those in less sunny areas, the car can be plugged into the grid, using any standard plug and outlet.

“Old concentric, European-style cities aren’t particularly designed for cars,” describes Squad Mobility CEO Robert Hoevers. “We see a further increase in global urbanization with 90 percent of the city population living in the suburbs, all venturing into the city center regularly for work, school, shopping or entertainment. This isn’t sustainable mobility. Biking and/or public transport is great but not always the best solution, for example, in bad weather or for people who don’t live near a station.” 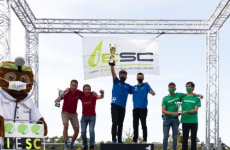 Just a few weeks into the new semester, and the university solar-car teams are back in action in the 2020… 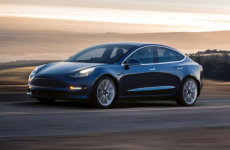 Tesla expects to be building 25,000 dollar electric cars by 2023, the company announced Tuesday on its first-ever Battery Day… 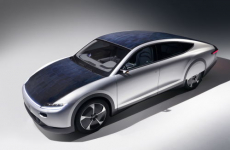 Lightyear is riding with good company, as the Netherlands Organization for Applied Scientific Research (TNO) announced its plans to continue… 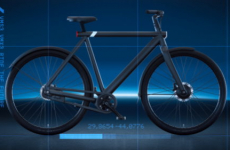 Vanmoof pedals series B to a €34M payout

Dutch e-bike specialist Vanmoof is kicking into high gear. The Amsterdam-based scalelup just closed its series B round of funding,…