Nieke Roos is the chief editor of Bits&Chips.

Over the last four years, researchers from Eindhoven University of Technology (TUE) have been working hard on sensors to explore hard-to-reach and even inaccessible environments. Together with colleagues from Aachen, Amsterdam, Groningen, Leuven, Trento and the Antea Group, they’ve been developing smart marbles, the size and shape of golf balls, that can perform all kinds of measurements while floating in a reactor vessel or passing through water mains or oil pipelines. Recently, the TUE published a feature on this EU-funded project called Phoenix, boasting all its merits.

Meanwhile, on the other side of the Atlantic, Ingu Solutions is deploying its Pipers: sensors, the size and shape of golf balls, that can detect and locate leaks, defects, magnetic features and restrictions in pipelines. The Calgary-based start-up is focusing on industrial chemical production, fluid dynamics laboratories, water utilities and oil and gas companies.

The similarities are remarkable but not coincidental

The similarities are remarkable but not coincidental. The common denominator being Incas3. Heavily supported by the province of Drenthe, this Assen-based institute was co-founded in 2008 by John van Pol and Heinrich Wörtche, two nuclear physicists from Groningen, as the managing and scientific director, respectively. Their ambition: to put the northern region on the map as the world center for sensor research (link in Dutch).

Van Pol and Wörtche very energetically set out to build their empire. They started promoting Incas3 zealously, initiated several projects and created a separate company, Incas3 Solutions, to bring the inventions from Assen to the market. None of the projects really panned out, though, and to top it all off, it turned out that any money to be made had to be used to pay back the government funding. In 2016, the institute went bankrupt (link in Dutch), after having burnt millions of (public) euros.

First contact with Canada already dated back to the early days of Incas3. In 2008, Van Pol connected with Saskatchewan’s Petroleum Technology Research Center, which wanted to map wormholes created by a specific oil extraction process. The idea was to see if a sensor could be made small enough to travel through a wormhole reservoir to provide more information and potentially lead to better production. In June 2015, Van Pol left Incas3, taking this project and a few of his employees across the Atlantic, basically continuing Incas3 Solutions under a new name: Ingu Solutions.

At approximately the same time, the very same project found its way to the south of the Netherlands. In January 2015, while captaining the ship in Assen, Incas3 co-founder Wörtche secured a second job in Eindhoven. As a TUE professor of “miniature wireless explorative sensor systems”, he became one of the driving forces behind the Phoenix project. Funded by a 3.6-million-euro European Horizon 2020 grant and assisted by part of the Assen team, he embarked on a similar journey to build upon the Incas3 research.

Four years later, Ingu Solutions appears to be doing well. Van Pol’s smart marbles were selected by energy multinational Chevron for its catalyst program, received multiple start-up awards and have screened well over 100 pipelines for more than 30 operators in the oil & gas and water & wastewater markets. Having raised additional capital from investors, including Chevron, Ingu is now gearing up for international growth.

After four years of research, Wörtche’s smart marbles are only just ready to enter the market. Stirring and mixing equipment supplier Jongia and the South Holland drinking water company Oasen have expressed an interest in testing them. There’s even mention of plans to go to Canada to help oil companies in Saskatchewan. Under the name Smarble, a project has been set up to develop a business plan that should lead to a start-up company being formed as a joint effort of the two partners, the TUE and the Antea Group. This spin-off received a 100,000 euro grant from the Launchpad program, in addition to the Horizon 2020 money.

So, on the one hand, there’s technology conceived in Drenthe with millions of Dutch government funding that’s now being successfully monetized in Canada. On the other hand, millions of European backing are being used to develop the exact same business in Eindhoven. Somehow, this game of marbles feels like a colossal abuse of taxpayers’ money. 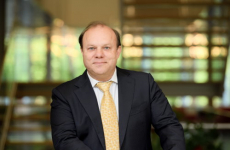 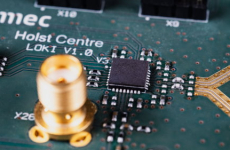 One of the most fundamental changes of recent history is that the internet has become nearly ubiquitous. Initially connecting computers,…