Siemens, Infineon and other German industry leaders want to expand the scope and funding of the European Chips Act. The group feels that the Chips Act focuses too much on leading-edge semiconductors and not enough on mature nodes. “The promotion of sizes of up to seven nanometers envisaged in the EU Chips Act doesn’t meet the chip needs of the industry,” Iris Plögler of the Federation of German Industries (BDI) told Frankfurter Allgemeine Zeitung.

The European Chips Act, in fact, allows co-funding for all types of semiconductor technology projects. It’s up to member states to decide which to fund – the Chips Act only relaxes state-aid rules. Both Infineon and Bosch are receiving state support for expanding their manufacturing operations. However, the German government has spent a significantly larger amount of money to support the construction of a leading-edge fab in Magdeburg.

Also pointing to large sums of money being mobilized for the semiconductor industry in other parts of the world, sparking a fierce competition for fabs, Germany’s electronics industry thinks that the Chips Act funding won’t be nearly enough to reach the aspired European market share of 20 percent by 2030. 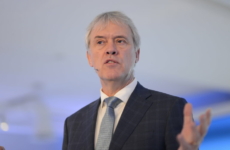