Researchers from Delft University of Technology (TU Delft) and Northwestern University have developed a system that enables battery-free devices to keep time despite power interruptions. This could mean that autonomous IoT devices that harvest their energy from the environment wouldn’t need to be fitted with a backup battery anymore.

If you make their energy requirements low enough, IoT devices could power themselves with energy from (a combination of) light, heat or movement in the environment. But this energy supply isn’t quite steady enough, causing brief but frequent losses of power. Without a backup battery, these devices would therefore be rebooting so much they’d essentially be useless.

This is no different in the newly-developed system for batteryless devices, but with a crucial difference: the time and state of the device right before the power outage can quickly be reconstructed. So quickly, in fact, that the loss of power may even go unnoticed.

Research leaders Przemyslaw Pawelczak (TU Delft) and Josiah Hester (Northwestern) disclosed their system at the Architectural Support for Programming Languages and Operating Systems (ASPLOS) 2020 annual meeting. The team presented two papers: one that outlines hardware for the novel timekeeping circuit and another that demonstrates that the circuit can be used to convert battery-powered devices into battery-free devices. 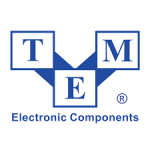 The crisis in the semiconductor market – symptoms, diagnosis, forecasts

You must have heard about it already, that the car manufacturers are unable to produce new cars due to the crisis in the semiconductor market. Modern cars are full of electronics but is it really bad enough to halt production? Does the semiconductor crisis only affect the automotive industry and is there no cure or at least a vaccine for it? Read about it here. 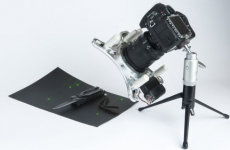 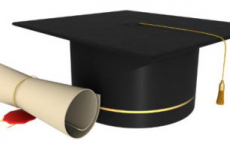 Similar to the rankings from last year, the Dutch technical universities are once again fairing poorly in the Times Higher…

Aiming to revolutionize the battery industry, Leydenjar raised 22 million euros to perfect its silicon anode recipe as well as… 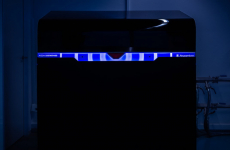 Engineering to enhance customization, efficiency and the customer experience

How can you realize the benefits of immersed computing? It’s easier than you think. With its simple three-step certification process,…

In academia, we refer to computing science. In industry, we refer to software engineering. An engineer is a skilled technician who develops and applies scientific knowledge to solve technological problems. Too often in practice software people must resort to skillful tinkering as opposed to sound engineering. That’s why at Verum, we’ve dedicated ourselves to the development and application of scientific knowledge to solve the technological problems underlying this phenomenon. To meet these challenges head on, we’re developing a language that enables building reactive systems at industrial scale. The language offers built-in verification and allows for reasoning about both the problem and the solution. It’s complemented by tooling that automates every development aspect from specification, construction, and documentation to verification and validation. In this talk, we’ll present what we’ve achieved and what will come tomorrow, when we stop tinkering in software development. 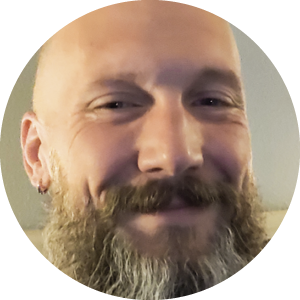 Developing for safety and security

Software systems have exploded in complexity, leading to an enormous increase in the number of vulnerabilities available for exploitation by bad players. This effects safety as safety and security are inexorably linked. Cars today have one hundred million lines of code, but should we be proud or ashamed? Developing systems that need to be safe and secure will require a shift in thinking away from huge monolithic to minimalistic, component-based that enables components to be fully validated and tested, to eliminate vulnerabilities. This talk explains how we need to change software development to make security and safety the main criteria. 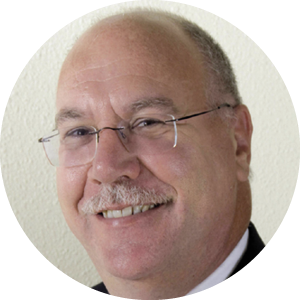 Chris Tubbs is an industry veteran with 46 years’ experience in the avionics, simulation, medical, automotive and software industries. After 15 years in the aerospace industry managing safety-critical systems, he co- founded companies in the simulation and medical-imaging markets in the roles of commercial and managing director. He then spent eight Years in the automotive industry in Germany and the Netherlands as a development and business development manager, after which he joined Green Hills Software in 2008. He was promoted to Director of Business Development EMEA in 2012, since when he has specialized in safety and security.

Have you ever considered remodeling your kitchen, while continuing to cook in it? It may not sound obvious, but that’s exactly what this talk is about. Within Kulicke & Soffa, high-tech pick & place machines are developed for the semiconductor industry. For the development of these machines, a software stack is used, the development of which started more than a decade ago. Over the course of years, different machine types were developed from this codebase, which led to a situation where alternative flows are implemented in various areas of the code base. Therefore, the decision was made to group product-type-specific code. Constrained by feature development, that should continue in the same code base. Remodeling while cooking! This talk will take you through the remodeling and the challenges that come with it. 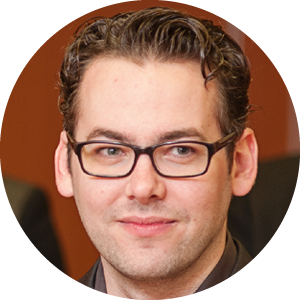 Corné van de Pol is a software architect and trainer at Alten Nederland. This gave him the opportunity to work for a range of companies, including Philips, Vanderlande, ASML and Kulicke & Soffa. He enjoys learning and helping others and with over 10 years of experience as a professional software engineer, he got specialized in agile software development and object-oriented design and clean code. 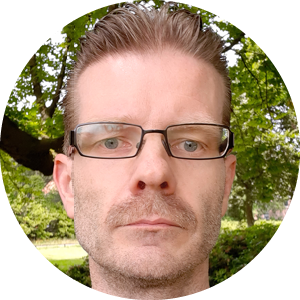 Erik Onstenk is lead software architect at Kulicke & Soffa Netherlands. He joined Kulicke & Soffa (formerly Assembléon) in 2007. Over the years, he worked on the control software of the entire machine portfolio. His current focus is redefining the reference architecture to better suite recent developments and facilitate future expansions.

Why high process compliance is no guarantee for good software quality

In the automotive industry, Aspice is used for measuring an organization’s capability to develop high-quality software. Companies supplying software to automotive manufacturers  are required to have a minimum maturity level to ensure that they deliver that high quality. Still, having high-quality processes in place and complying with them is no guarantee. To see why that is and what else is needed to assure high quality software, we first need to understand the many different aspects of software quality and the influence they have. In this talk, Ger Cloudt will present a holistic view on software quality using the 1+3 SQM approach, addressing the consequences of high or low quality for each of the four defined quality types. 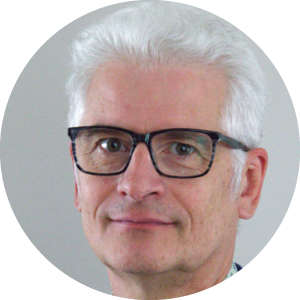 Ger Cloudt studied electronics at the University of Applied Sciences in Venlo (the Netherlands). At companies like Philips, NXP and Bosch, he has gained more than 35 years of experience in in-product software development across different industries, including industrial automation, healthcare, automotive, semiconductors, security and building technologies. After having developed software for over 15 years, he became a software development manager, leading numerous engineering teams. During all these years, he developed a vision on what really matters in software development, which he has encapsulates in his book “What is software quality?”.

With the shipment of its first system to a high-end chip manufacturer, Nearfield Instruments proves that the semiconductor market is very much open to innovative solutions for advanced process control metrology. This first product, Quadra, can measure in-line and in great detail (ångstroms) the on-surface high-aspect-ratio (10:1) features of integrated circuits. The company is now scaling up to deliver dozens of its scanning probe metrology systems per year.

Nearfield founder Hamed Sadeghian foresees the Quadra metrology platform to be the basis for several products and product lines. All of them will solve different problems the semiconductor industry is facing to follow Moore’s Law with its ever smaller and 3D features. Nearfield is expecting to deliver its second product line based on the Quadra platform next year. This system will be able to image, non-destructively, subsurface structures with nano-precision.

In this talk, Hamed Sadeghian will highlight the major requirements for developing non-destructive 3D high-volume manufacturing metrology equipment in the semiconductor industry, the architecture of Quadra (including software) and the challenges faced and overcome. He will also address the impact of the system architecture on the outsourcing strategy to the high-tech supply chain. 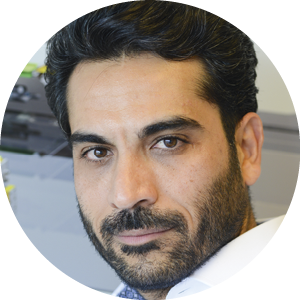 Hamed was a principal scientist and Kruyt member of TNO and led a team of thirty researchers in nano-optomechatronic instrumentation at TNO in Delft from 2011 to 2018. In 2016, he co-founded Nearfield Instruments and is currently CEO/CTO at this scale-up that recently shipped its first in-line metrology system to a high-end chip manufacturer.

There’s no denying that cloud computing has been a top technology over the past two decades. So many of us working from home since the start of the pandemic would have been impossible not that long ago. Even though the cloud is key for today, it can’t handle the technologies of the future. Self-driving cars are a perfect example. They need to make ultra-fast, perfectly accurate decisions. There’s no time to wait for data to be processed in a data center. This is where edge computing comes in. Edge computing cuts across the IoT – from home and work to the most complex of all, the vehicle. Coupled with the rising digitalization that leads to everything connected, high-performance edge compute platforms are transforming ecosystems and the development landscape. In this talk, Maarten Dirkzwager will share why mastering edge computing with the right level of safety and security is critical to enabling next-generation technologies. 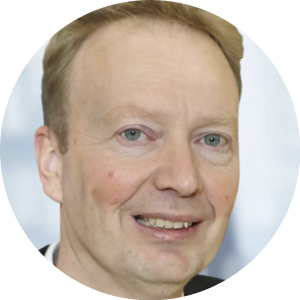 Maarten Dirkzwager is responsible for corporate strategy and chief of staff to the NXP management team. He joined the company in 1996 at Philips. After several roles in central engineering, he moved to Philips Semiconductors in Hong Kong in 2005, where he was responsible for the innovation, efficiency and strategy of the discrete back-end factories. In 2009, he moved to the corporate strategy team in the Netherlands where he was involved in the transition of NXP to a profitable high-performance mixed-signal player. In 2015, he played a leading role in NXP’s acquisition and integration of Freescale, which resulted in creating one of the leading semiconductor companies and a leader in automotive semiconductors. In 2017 and 2018, he worked as head of strategy for ASML and AMS, after which he returned to NXP in early 2019.