“2022 began with many semiconductor devices in shortage resulting in extended lead times and increasing pricing, which led to reduced electronic equipment production for many end markets. As a result, OEMs started hedging themselves from shortages by stockpiling chip inventory,” says Gartner’s Andrew Norwood.

“However, by the second half of 2022, the global economy began to slow under the strain of high inflation, rising interest rates, higher energy costs and continued Covid-19 lockdowns in China, which impacted many global supply chains. Consumers also began to reduce spending, with PC and smartphone demand suffering, and then enterprises starting to reduce spending in anticipation of a global recession, all of which impacted overall semiconductor growth.”

Samsung Electronics retained the top spot in the global semiconductor company ranking, although revenue declined 10.4 percent, primarily due to declines in the memory markets. Intel held on to 2nd place. The company was impacted by the significant decline of the consumer PC market and strong competition in its core x86 processor businesses. Its rival AMD, which claims 7th place, saw the biggest revenue increase (43 percent) of all top 10 players. The combined revenue of the top 25 semiconductor vendors increased by 2.8 percent in 2022.

In November, Gartner predicted that worldwide semiconductor revenue will decline 3.6 percent in 2023, for the first time since 2019.

TSMC steps ahead of Intel in revenue

For the first time in history, TSMC is a bigger chip maker than Intel. After a painful revenue drop of…

When confined to tiny pockets during growth, 2D materials play nice with silicon substrates. That’s good news for the future… 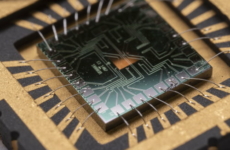