Chip designers at the Goodix office in Nijmegen are getting frustrated about a lack of progress in their wage negotiations. According to labor union CNV, negotiations have broken down. If the Chinese parent company doesn’t meet an ultimatum set for Monday morning, labor strikes are being considered.

Shenzhen-headquartered Goodix is an integrated chip design and software provider for biometrics and human-interface subsystems. It employs roughly 2,200 people worldwide and supplies customers such as Huawei, Samsung, Google and Amazon. The department in Nijmegen, acquired from NXP two years ago, focuses on speech and audio solutions.

CNV says it wants the Nijmegen office to follow the wage trend at nearby semiconductor companies Ampleon, Nexperia and NXP, including compensation for missed salary increases in the last two years. 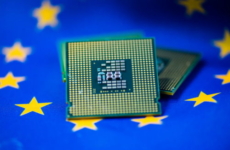 German industry calls for expansion of the European Chips Act

Siemens, Infineon and other German industry leaders want to expand the scope and funding of the European Chips Act. The…