GTX Medical, the Dutch-Swiss business, formerly known as G-Therapeutics (link in Dutch), and the American company Neurorecovery Technologies announced that they’ve merged. By combining forces and collaborating with world-class physicians and clinical scientists, they hope to create a global company specializing in novel neuromodulation therapies to improve functional recovery of spinal cord injuries.

The merged company, which will continue under the name GTX Medical, is developing targeted epidural spine stimulation, an implantable spinal cord stimulation system with real-time motion feedback. This system is in late-stage development and has already been shown to restore locomotion in a select number of patients with spinal cord injury. A second, non-invasive product offering – transcutaneous spinal cord stimulation – is also being developed to restore upper limb movement and hand function.

The Christopher & Dana Reeve Foundation, the premier North American nonprofit organization dedicated to curing spinal cord injury, will be a shareholder of the company. Christopher Reeve was an American actor best-known for his role as Superman who was left quadriplegic after a horse-riding accident that resulted in a damaged spinal cord. Other stakeholders include Gimv, Inkef, LSP and Wellington Partners. Ian Curtis, board member of the Reeve Foundation, will join the board of directors. 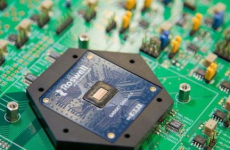 Imec and Roswell Biotechnologies are partnering up to develop the world’s first commercial molecular electronics biosensor chips. These chips will… 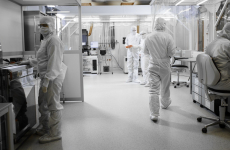 With the increasing market demand, the corona crisis caused Micronit to ramp up production. This was challenging, because of the…