Can billions of micropillars make for a better battery than we currently have? Yes, Holst Centre believes, after the final piece of the puzzle fell into place in the lab recently. Now, the institute is looking to scale up and commercialize the technology.

A battery can always do better. It can be cheaper, it can hold more energy, it can charge faster or it can have a longer lifespan. So, naturally, battery makers are constantly looking for ways to improve their product and gain an edge over the competition. No doubt, a lot more performance can be squeezed from the familiar electrochemical cell. Still, engineers at Holst Centre feel that in the long run, a transition to a radically different design will get us much closer to the perfect battery. Having made promising strides in the lab recently, the research institute found funding to prove its concept works on a larger scale and can be mass-produced.

The futuristic battery Holst Centre has been working on for about five years already is called a 3D solid-state thin-film lithium-ion battery. It consists of a foil, covered with an array of micropillars, each coated with thin layers of battery materials: lithium-storing electrodes sandwiching an electrolyte. For simplicity’s sake, consider each pillar to be a tiny battery in itself. The main challenge is to make enough pillars – billions and billions of them – so that together they make up a full-fledged battery.

This design has several advantages. First, compared to regular batteries, the lithium ions need to travel only very short distances, translating into faster charging and de-charging times. Secondly, there is no liquid electrolyte involved, meaning a longer lifespan and little to no danger of fires or explosions. And thirdly, the design is inherently lightweight.

The Dutch Ministry of Economic Affairs & Climate Policy and the province of Noord-Brabant, home of Eindhoven-based Holst Centre, are sold. They are providing the research institute with 3 and 1.5 million euros, respectively, to set up a small-scale production line to demonstrate the viability and commercial potential of the technology.

Not waiting for the results to come in, Holst Centre will go ahead and start a company to commercialize the technology. “The battery world is highly competitive. We simply can’t afford to go one step at a time if we want to bring this to the market, eventually,” explains Holst Centre director Ton van Mol.

Since the patents haven’t been filed yet, Van Mol can’t go into the details of how the battery-on-foil is made. But, in broad strokes, first, an array of micropillars, each measuring a few microns in diameter and 100-200 micron in height, is grown on the foil. Next, they are coated with the layers of battery materials using atomic layer deposition (ALD). This deposition technique is excellent at growing well-defined (multi)layers on complex structures. However, in its traditional form, it is batch-based and hence not ideal for high-throughput production. Fortunately, this is one area of specialty of the Eindhoven region.

ALD, in general, involves sequentially exposing a substrate to different gases, which react with the surface in a self-limiting fashion, thus ‘coating’ it, literally, atomic layer by atomic layer. In traditional (temporal) ALD, a stationary substrate is placed in a reactor vessel, which is repetitively filled and emptied. Over a decade ago, however, Holst Centre’s parent organization TNO (and, separately, the company Levitech) developed a continuous ALD process, in which the substrate moves past the different gasses. This so-called spatial ALD (SALD) achieves much higher deposition rates and is compatible with high-throughput techniques like roll-to-roll processing.

TNO originally developed SALD for solar cell manufacturing, but over the past few years, it has been working on expanding its range of applications. TNO spin-off Saldtech is now working on Oled displays and SALD (a company with roots in TNO as well) is exploring a number of applications, including batteries – ‘traditional’ batteries, that is.

Holst Centre previously upscaled SALD to large-area roll-to-roll processing for a variety of materials. Still, it had to find out if it could also deposit the necessary thin-film battery materials using the technique. The final piece of the puzzle recently fell into place when SALD deposition of lithium phosphorus oxynitride (LiPON) was demonstrated. This material serves as the solid-state electrolyte in the 3D solid-state thin-film batteries, but could also be applied in traditional batteries. After all, the battery industry would gladly get rid of the troublemaking liquid electrolyte as well.

Holst Centre is currently in the process of drawing up the specifications of the production equipment. After the tools have been manufactured and installed, the search for a viable production approach for thin-film batteries can begin. All in all, Van Mol estimates Holst Centre will need one and a half to two years to deliver the first working batteries. Soon afterward, Van Mol hopes to start working with companies to show the technology can deliver on their requirements. “We consider wearables to be a good entry market, but our calculations show our technology can be applied in almost every battery market, even electric vehicles,” says Van Mol.

It will be a rocky road, though, Van Mol admits. “We are working at the cutting edge of what is technologically possible, so success is by no means guaranteed. But, in my opinion, betting on a next-generation technology like this is a much better way for Europe to catch up in battery manufacturing, rather than heavily subsidizing factories that are practically the same as those already operating in Asia.” 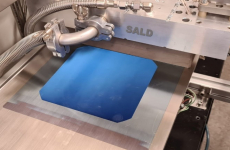 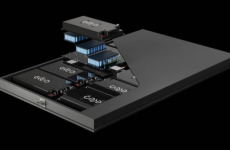 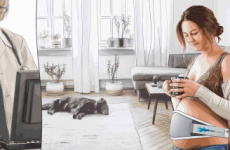 Researchers from Holst Centre have achieved a breakthrough in the quest for a low-cost ultrasound monitoring solution. The new system… 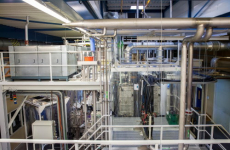 E-Magy energized with 5 million in funding

Cleantech startup E-Magy is getting a big boost from investors. The Dutch battery-tech specialist has revealed it has secured 5…