Within a quarter, over 20 thousand copies of the Chinese version of “ASML’s architects” were sold in China. Chinese publisher PT Press reports that the book is now in its fourth edition.

How did “ASML’s architects” end up in China? Two people played a crucial role. One lives in the Netherlands and is called Guoqiao Tao. He’s a semiconductor veteran, who has worked in the Dutch semicon industry for over thirty years, currently at Ampleon. Tao was one of the first Chinese to come to study in the Netherlands in the early 1980s. The other one is the translator, Jiefan Jin. Jin is a well-known tech blogger in China and his articles focus on software and the semiconductor industry.

Over two years ago, at the Bits&Chips Benelux RF Conference, Tao approached me to talk about my Dutch ASML book, “De architecten van ASML.” He had read it and thought it should also be published in China. “I’d like the story to be read,” he told me. “ASML is a great company. It’s in the spotlight now and many are interested in it. You write not only about the glory days but also about the difficult early days, when choices were made in strategy and technology. Those are instructive. For me, too.”

Tao follows the Chinese media and the Chinese bloggers writing about the semiconductor industry. “Many people write about ASML, but often the stories aren’t quite right. They’re usually posts based on known information, mixed with experience from people working at chip companies.” This is also how he got to know Jin, who wrote about ASML, Nikon and Canon machines based on his experience at Germany’s Qimonda.

Tao pointed the blogger to the publication of the English version, “ASML’s architects.” Jin responded that he would be willing to translate the book at no cost. Completely free? When I heard that, I found it rather surprising – I’d just spent 20 thousand euros on a translation from Dutch into American English.

But I was curious about the blogger. During a video interview, I met him and he told me about his serious foot injury. He’d just had surgery and was bedridden for a year. Jin: “I was really looking for something to pass the time, something difficult.”

48-year-old Jin has been working in various jobs – engineer, programmer, sales and buyer. Since 2010, he’s VP operations at a leading supply chain service company in China. A few years ago, he moved to Canada for family reasons. “I worked remotely, although my boss and other partners weren’t very happy with that,” he tells. “Because of the time difference, I have plenty of free time during the day, so I decided to start writing blogs.” The semiconductor industry is one of his key interests. “I worked at Infineon for 6 years in the 2000s.”

Asked about why he offered to translate the book for free, Jin says: “I thought you might have concerns because I don’t have any background in translating.” Techwatch Books now offers him 25 percent of the Chinese royalties, but in the beginning, he politely refused even that. “I think you deserve to keep them all; writing such a book needs great encouragement and must be full of blood, sweat and tears.” PT Press has offered him a small amount for the translation.

What’s Jin’s opinion on the cultural aspects in the ASML story? “ASML’s philosophy is very different from most Chinese companies. Lower cost is the key competitiveness factor here. It’s way more important than making a perfect product.” He points to the fact that there are more than a hundred Fortune 500 companies that have Chinese roots but that almost all are unknown outside of China. “I guess you only know a dozen of them, as most of them have been unable to establish global brand awareness. Pursuing the limits of physics like ASML is doing, without thinking too much about the cost and selling price, is very unique.” 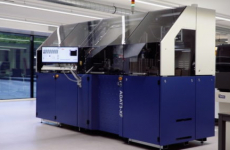 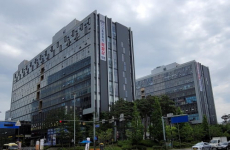