Mathijs Schuts is a software designer at Philips Healthcare. Dirk-Jan Swagerman is the senior director of the company’s imaging chain cluster. Ivan Kurtev is a model-driven engineering specialist at Altran. Jozef Hooman is a senior scientist at TNO-ESI. Comma is selectively available on request by contacting jozef.hooman@tno.nl.

Precise interface descriptions are crucial in developing complex systems with many components. Interface unclarity is a frequent source of errors. Philips and TNO-ESI explain how their Comma language and tool suite helps to design better interfaces faster and more concisely.

When you want to buy a new car, you go to the dealership. After you’ve made your choice, the dealer will draw up a contract. This contract is a formal document describing two clauses (figure 1). But does it contain all the information required to execute the deal? For example, is it clear whether the buyer needs to pay before or after pickup? And when exactly can he come get the car? Clearly, some important information is missing in this contract: it lacks information about the order in which the clauses need to be executed and it doesn’t specify when a clause will be executed (figure 2).

Software interfaces are like contracts. In our experience, the clauses are always described (eg in a header file), sometimes including their order, but their timing behaviour is rarely made explicit. During system development, proper interface definitions are essential to prevent integration issues. During later phases of the system lifecycle, continuous interface monitoring is important to avoid system failures due to component changes. For instance, a supplier might deliver an improved version of a component, but with different timing characteristics.

To nip these problems in the bud, Philips Healthcare and TNO-ESI have developed Comma (Component Modelling and Analysis), an ecosystem supporting model-based component engineering. It’s a combination of domain-specific languages (DSLs) in which the interface between a server and its clients can be specified by three main ingredients: the interface signature, the allowed client-server interactions, and the time and data constraints.

The interface signature consists of groups of commands, signals and asynchronous notifications (illustrated in figure 3 for the patient table of an interventional x-ray system). Commands are synchronous: the caller is blocked until a reply is received, whereas signals are asynchronous: they do not block the caller and do not require a reply. State machines are used to describe the allowed client-server interactions, such as the allowed order of client calls and the allowed notifications from the server in any state (figures 4 and 5). Finally, Comma enables the definition of constraints such as the allowed response time, notification periodicity and data relationships between the parameters of subsequent calls (figure 6).

A number of artefacts can be generated from a Comma model (figure 7). Comma produces PlantUML files that visualize state machines. Constraints can be intuitively represented as annotated UML sequence diagrams. In addition, Word documents compliant with the company’s standards can be generated, based on the M2Doc framework. This transformation extracts definitions and comments from models and inserts them in a document template. It also uses the diagrams obtained from state machines and constraint rules.

To accelerate implementation, Comma interface signatures can be transformed to interface proxy code (C++ and C#). This code can be incorporated into the company-specific platform for transparent component deployment. Based on the state machines, models can be generated for various model-based testing tools, enabling test generation and online testing.

The monitoring is based on a trace of the interaction between client(s) and server. This can be obtained by logging or sniffing the events during system execution (figure 8). Verdicts can be errors and warnings. Errors are violations of the state machine logic. Warnings are constraint violations. After an error the monitoring process stops; after a warning it continues. The trace is also used to obtain statistical data (figure 9).

Comma’s most important business objective is to lower the cost of non-quality. First of all, it makes design cheaper. Architecture decomposition is traditionally done ‘on paper’. Comma enables a system designer to precisely define a subsystem in terms of its required functional and performance capabilities. This is a great way to define the ‘form/fit/function’ of architecture variation points explicitly. As the system designer can experiment with the simulated interface before the software is built, he has much richer opportunities for evaluation and review, helping him to design a better interface faster and more concisely.

Second, the Comma ecosystem speeds up software development through the automated generation of documentation artefacts and inter-process communication interface code. Finally, because the interface design and implementation are higher quality, the integration phase is shortened, lowering the cost of testing and integration. The cost of designing test cases is lowered through the automated generation of (model-based) unit tests. As the Comma ecosystem is able to measure and characterize interface performance timing through timing frequency plots, it’s much easier to spot anomalies in performance timing.

Because of hardware and software obsolescence during the lifecycle of a high-tech system platform, many implementation increments for the same interface will need to be tested and integrated. Comma helps to nail down software form/fit/function with a rigour that was previously impossible. Its use in new product introductions has already proven to lower cost. We expect even more substantial benefits in managing the platform lifecycle. Future work includes enriching the language with data integrity checks and full system-level simulations. 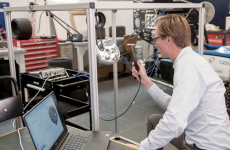 Eurostars has selected a collaborative project between Vibes, BMW and TU Munich as one of the best in Europe. The… 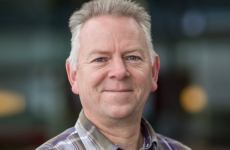 Digitalization makes it possible to automate large parts of the engineering process. Much can be gained by better harmonizing information…

Why are there so many stupid products?

During the last year, I’ve been in several discussions that, to a large extent, boiled down to “why is this… 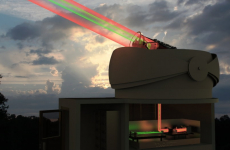 Next-generation data communication using laser signals between ground stations and satellites will be at the terabit per second level. Given…