Intel expects to receive the first production high-NA EUV scanner from ASML and be the first to implement it in high-volume production, the company said this week in a webcast. The swift adoption of the next-generation lithographic technology is an important element in Intel’s strategy to regain “unquestioned leadership” in the semiconductor industry by 2025.

In the webcast, Intel CEO Pat Gelsinger and colleagues unveiled an ambitious roadmap, in which a new generation of processors will be introduced every year. The would-be foundry also announced that it will start naming its nodes more like its competitors Samsung and TSMC.

First up is Intel 7, which is 10nm technology enhanced with a refined Finfet design claimed to improve performance by as much as 20 percent. It will be in high-volume manufacturing next year. Intel 4, previously called 7nm, will be Intel’s first EUV-intensive node and is planned to be in production 2023. Intel 3, slated for 2024, will be Intel’s latest Finfet node.

After that, Intel is abandoning references to nanometers in its nomenclature, switching to angstroms instead. Intel 20A, to be introduced (ie not yet mass produced) in 2024 will feature Intel’s proprietary version of gate all-around (GAA) transistors, called RibbonFET. And finally, the 18A node is entering fabs in early 2025 and will employ high-NA EUV lithography.

Intel’s roadmap fits with ASML’s most optimistic projections for high-NA introduction. Last January, ASML CEO Peter Wennink told investors that he expected high-volume high-NA manufacturing to start in 2025 or 2026. “To meet this timeline, we will start integration of modules this year and plan to have a first qualified system in 2022. We plan initial installation of the first systems at customer sites in 2023.” 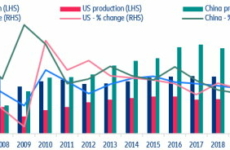 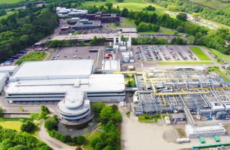