Caesium lead triiodide (CsPbI3) perovskite crystals would have been a perfect candidate to surpass silicon as the most important solar cell material, if they hadn’t been so unstable. Over the past several years, researchers found a way to stabilize them, but nobody really understood how this works. An international team led by the KU Leuven figured it out. Well, mostly.

At room temperature CsPbI3 can exist in two main forms, corresponding to two different crystal structures. Unfortunately, the active black perovskite phase is less stable than the inactive yellow one. Atoms in the black phase inevitably start to wander, eventually turning the material completely yellow – and pretty much incapable of converting sunlight into electricity. Heating and then rapidly cooling a thin CsPbI3 film on glass is known to keep the material in the black form, but researchers could only speculate why this treatment is effective.

In Science KU Leuven researchers and colleagues from all over the world show that the answer is crystal strain. Upon heating, CsPbI3 and the substrate expand at different rates, forcing atoms in the perovskite in slightly different arrangements. Basically, a stretched-out ‘black’ crystal structure is formed, which as it turns out, does not easily convert to the yellow one.

It was not straightforward to prove this, as perovskites are too fragile to be studied with modern atomic resolution instruments. Instead, the researchers used synchrotron x-ray scattering and thermodynamic modeling to show that strain indeed stabilizes the crystal. It is still, however, a mystery what type of bonding takes place between glass and perovskite. 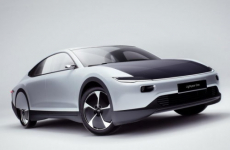 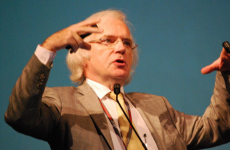 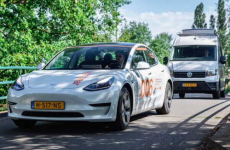 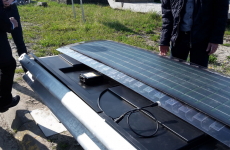