Over the last weeks, I’ve been to three different conferences where I heard presentations that were variations on a common theme: if we would just add more structure and more process to the topic at hand, if we would only introduce more steps, more checkpoints, involve more people, and so on, then all the problems we’re experiencing with this product roadmapping, these innovation initiatives, these business development activities, would magically disappear.

Although most would agree that this is obviously wrong, the fact is that in many companies, universities and government institutions, this is exactly what happens. The organization experiences some kind of problem, perhaps even one that may be exposed in the media and makes management look bad, resulting in a top-down order to “fix it”. The subsequent process is obvious for those that have been part of it. First, there’s an activity to describe the process that led up to the issue surfacing. This is followed by a review of all the actions and other factors, with the intent of identifying what went wrong. Finally, a new process is introduced or an existing process is updated to address the perceived limitations, holes or weaknesses in the current way of working.

Once introduced, the next step is to ensure enforcement of the new way of working. Obviously, the new or updated process adds overhead and makes it more difficult to perform the tasks efficiently. So, before you jump the gun and start to work on further complicating the existing processes in the organization, there are five factors I’d like you to consider.

First, one of the concerns that many ignore, but that’s obvious when you think about it, is that the future is fundamentally unknowable. Looking back, we have full knowledge of what has happened. Consequently, it’s obvious what the optimal way to address an issue would have been. However, when standing at the point when a decision needs to be taken, we’re doing so with significant uncertainty about the implications.

Second, depending on the organizational culture, it may be very difficult to point out that individuals have acted out of a fundamental lack of competence. It’s important to realize that incompetence cannot be cured by more process. Incompetence requires educating people or, if that proves unfeasible, replacing individuals with new people.

Third, the more process is introduced and the more enforcement of process takes place, the more people focus their attention on correctly following the process, rather than focusing on accomplishing the desired outcome. This leads to a fundamental lack of accountability in the organization, with everyone hiding behind having followed the process and failing to take responsibility for the desired results.

Fourth, too much process can cause more problems than it solves. As processes are created to be repeatable and to apply to a large variety of different situations, an overly detailed process definition is, by definition, ineffective in the majority of situations. Especially in organizations that place high value on following due process, the inefficiencies and harm done by blindly following process can become staggering, potentially even to the point of companies being disrupted.

Finally, in most organizations that I work with, processes and methods are developed by people that are outside the arena, meaning that they won’t be affected by the implications of the process and method definitions. Although not actually performing the job, there’s a strong tendency to act as “Monday morning quarterbacks”, a reference to the Monday watercooler meetings in especially US companies where the flaws of a team’s quarterback are discussed. The interesting thing is that the criticism tends to come from people that would never ever qualify as quarterbacks themselves.

Concluding, before you fall into the ‘more process’ trap, please ask yourself whether it would help to predict the future better, whether your people perhaps lack competence, whether you promote accountability, whether the root cause is perhaps too much process and whether you’re listening to so-called experts that don’t actually have a sufficient understanding of the situation. 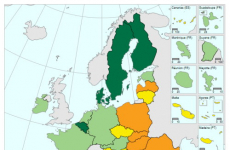