In the run-up to the 22 September EU and European Parliament meetings in Brussels, Amnesty International has released a scathing report detailing how EU companies are selling biometric surveillance tools to human rights abusers – namely China. According to the report, high-tech companies from Sweden, France and the Netherlands are at risk of contributing to human rights violations by selling their advanced surveillance technology to Chinese security services. Specifically named in the reports is the Wageningen-based software company Noldus Information Technology, which, according to Amnesty, sold its emotion recognition system to agencies with ties to Chinese law enforcement, such as the Chinese police and other public security outfits. Additionally, the report claims that the Chinese Ministry of Public Security is using the software to investigate the behavior of persons suspected of corruption.

In its response to the blistering report, Wageningen’s Noldus vehemently denies any wrongdoing, characterizing the watch group’s accusations as “far-reaching” and “misleading assumptions.” “We develop software for behavioral research and training, performed under the scrutiny of ethical boards and with informed consent by participants and full respect of privacy. Our software cannot be used for mass surveillance and does not pose a risk to human rights,” rebuts CEO Lucas Noldus. “We support Amnesty’s plea for stricter Dual-Use regulations to control the export of surveillance technology, as long as the discussion about risks of digital technology for human rights is based on evidence, not suspicions or assumptions.” 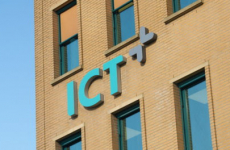 After posting a “solid” H1 2020 with a 2 percent increase in revenue, ICT Group is continuing the trend. For… 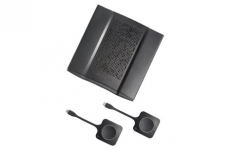 In its third quarter, Barco recorded 167.6 million euros in sales, a whopping year-over-year slump of no less than 37…

In September 2018, Corinne Vigreux started CODAM, a training program in programming. Corinne is one of the founders of Tomtom…