While many investors and analysts applaud the Nvidia’s ballsy move to purchase Arm, one of the chip design company’s co-founders most definitely does not. “The sale of Arm to Nvidia will destroy the very basis of Arm’s business model, which is to be the Switzerland of the semiconductor industry, dealing in an even-handed way with its over 500 licensees. Most of them are Nvidia’s competitors,” writes Hermann Hauser in an open letter to UK Prime Minister Boris Johnson.

In a press conference, Nvidia CEO Jensen Huang and Arm CEO Simon Segars took great pains to assure that Arm’s business model would remain intact, continuing the open-licensing model and maintaining customer neutrality. Hauser dismisses these promises outright. “The value of that is not worth the value of the piece of paper it’s written on, unless it’s legally binding,” he told Sky News. “Of course Nvidia will say this at the moment, but I think there’s absolutely no reason to believe that they’ll keep that promise long-term.”

Hauser makes a good point. By buying Arm, Nvidia is obviously looking to gain some kind of strategic advantage, otherwise it might just as well license Arm’s IP like anyone else. For Nvidia, the overarching goal is “to create the premier computing company for the age of artificial intelligence.” That may make a lot of sense business-wise, but the deal stretches out to many other application areas as well, such as automotive, IoT and possibly data centers. Nvidia gaining such a strong level of influence on that many corners of the market will, understandably, be a major source of concern for a large chunk of the semiconductor industry.

The competition will be worrying about whether Arm will grant its new parent early access to new designs or making them work better with Nvidia products. Or if simply not having to license and pay for IP will give Nvidia an unfair competitive advantage. Competitors won’t be too excited about the prospect of ‘subsidizing’ Nvidia with royalty payments anyway. And in times of escalating US-Chinese trade tensions, the last thing China wants is for a key semiconductor player to be put under control of a US company (although Arm was already abiding by US trade restrictions). 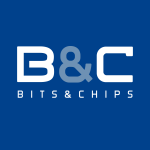 René Raaijmakers talks to the innovators driving the high-tech industry. Listen (in Dutch) to researchers, developers and decision-makers speak about trends, technology, business and their motivations.

The bottom line is that Arm will be owned by a company that sells chips. That’s just… weird – like TSMC designing its own smartphone chips. Unless some *very* unusual safeguards are put in place, many Arm licensees will be very unhappy.

This is why Arm’s acquisition will face a lot of pushback from the industry, and, by extension, scrutiny from regulators. Already a Chinese state-backed newspaper described the deal as “disturbing” and urged authorities to exercise caution in approving it. Recall that Qualcomm’s purchase of NXP couldn’t get Beijing’s approval, and that deal had much less ramifications.

The UK, too, may be hesitant to risk damaging the crown jewel of its tech industry, as Hauser fears. In 2016, Arm’s acquisition by Softbank was hailed by the government as a vote of confidence in a post-Brexit Britain, but nowadays, the Brits no longer “seem perfectly happy to stand aside while their best and brightest businesses are picked off at will.”

The Nvidia-Arm deal would reshape the semiconductor industry’s competitive landscape for the worse and touches some very raw geopolitical nerves. That is why it will never happen. 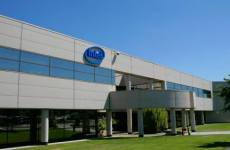 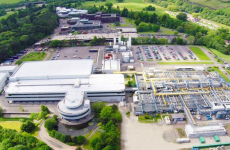 After being pressured by Members of Parliament, British Prime Minister Boris Johnson has ordered a review of Nexperia’s purchase of…