An international team of scientists have developed a polymeric battery cathode that works with a range of metal ions other than lithium. Their starting point was a material called HATN, which is known to bind cations and thus should be able to store them. Unfortunately, though, HATN has a tendency to dissolve in electrolytes. To solve this, the researchers, led by a team of the University of Maryland, linked many HATN units together to obtain an insoluble polymer. Tests subsequently revealed the polymeric HATN, or PHATN, is indeed a promising cathode material.

PHATN worked best with sodium ions. The sodium battery could be operated at high voltages up to 3.5 volts and maintained a capacity of more than 100 milliampere hours per gram even after 50,000 cycles. These are record values for polymeric cathodes. Magnesium and aluminum were close behind sodium’s values, the researchers report.

Adding to much of the research progress in recent years, scientists from Australia’s Monash University have ticked yet another box… 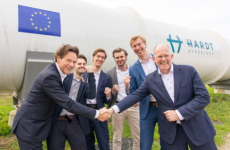 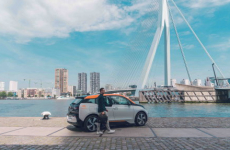 Car-sharing startup Amber is teaming up with TNO for a joint feasibility study. With the help of the Dutch research…