Cables are getting in the way of building more powerful quantum computers. By creating qubits that work above absolute zero, Qutech and Intel raise hopes of integrating quantum hardware and their classic control electronics.

Qutech has managed to control qubits in silicon at temperatures over 1 kelvin. Normally, the information stored in qubits is quickly lost when they warm up to temperatures slightly above absolute zero. The achievement opens up the possibility to integrate qubits and their control electronics into a single chip – a quantum integrated circuit.

In current quantum computers, qubits are connected with cables to control electronics outside the cryogenic vessel. This is no longer feasible when working with millions of qubits – the number needed to build a quantum computer that’s capable of the magic everyone is rooting for. “The current status of quantum technology is comparable to that of classical technology in the 1950s. At that time, every component had to be soldered together, which became impracticable for ever-larger electrical circuits,” explains Qutech principal researcher Menno Veldhorst.

The solution, of course, proved to be the integration of electronic components, along with planar process technology. Packing qubits and control electronics together on a single substrate would similarly solve the quantum computer’s ‘cable problem’.

“That’s exactly what we’ve achieved at Qutech in collaboration with Intel. This is the first time that we’ve been able to control qubits in silicon at a higher temperature, and above one kelvin. The increase in temperature may seem like a small step, but it’s a huge leap when it comes to the available cooling capacity. Furthermore, at these temperatures, the qubits no longer have to work in a vacuum but can be immersed in a liquid, which makes everything much more practical,” says Luca Petit, first author of the study published in Nature.

What’s more, the researchers used the same silicon that the semiconductor industry uses, and they processed it with the same standard production technology. This wasn’t trivial, explains second author Gertjan Eenink. “In order to work at a higher temperature, we had to make improvements at all stages of the experiment. We’ve created silicon qubits that can be isolated from unwanted interactions.”

Petit adds: “Performing quantum calculations at 1.1 kelvin depended on us reducing all possible sources of noise and developing measurement procedures that are temperature resistant. It was a fantastic moment when everything came together and we were able to perform quantum operations with two silicon qubits at this temperature for the first time.”

The next step will be to actually integrate quantum hardware and classic control electronics onto a single chip. “In 2015, we demonstrated two verifiable qubits in silicon for the first time. Now, in 2020, we’ve achieved the same feat at practical temperatures. In another five years from now, we might already have quantum integrated circuits. That would be a really big step towards the future quantum computer.” 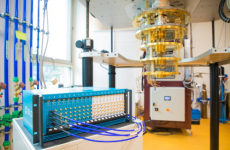 Quantum computing startup Qblox has been awarded 4.8 million euros in funding from the European Commission Accelerator program. The spinoff…

With the release of a new generation quantum photonic processor, startup Quix wants to show the world that it has… 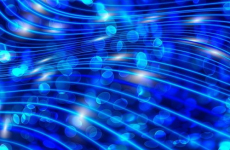 For the second time ever, a quantum device has outdone a conventional computer. Chinese researchers describe in Science a photonic…

NWA funding for taking quantum technology to the public

The Quantum Inspire consortium has received a 4.5 million euro grant from the Dutch Research Council (NWO) to bring quantum…