The Biden administration has ordered the US Commerce Department to restrict sales of electronic design automation (EDA) software to Chinese companies, according to media outlet Protocol. The ban would specifically target EDA tools for designing ICs featuring gate-all-around (GAA) transistors, ie the most advanced transistor type currently available. The report hasn’t been corroborated yet.

On behest of the US, the Netherlands has already banned the export of ASML’s EUV lithography scanners to China. Wopke Hoekstra, the Dutch minister of Foreign Affairs, recently confirmed that the Netherlands and US are in discussions to expand the ban with DUV equipment. Washington already required US equipment makers to obtain a license for selling chip making gear that can be used for manufacturing 10nm chips or better, and two weeks ago this restriction was raised to 14nm. 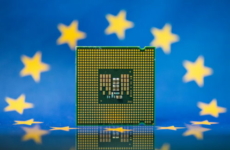 Reaching the main target of the European Chips Act will be far more costly than currently budgeted, NXP CEO Kurt…