As 4K technology has become the new standard in video resolution, Seecubic’s glasses-free 3D solution offers a new dimension for OEMs. But after several years of maturation and small-volume production, the company is looking to get back to what it does best: development and innovation for the future.

In late 2010, former Philips employees were developing a glasses-free solution to bring 3D to televisions. In December of that year, seeking investors to help them bring their innovation to the market, the group had a fortuitous meeting with Mathu Rajan, the founder of a newly started media and technology company called Stream TV Networks. As it turned out, Rajan was on the lookout for 3D technology and was interested in their solution. Within weeks, the group set up a booth at the Consumer Electronics Show in Las Vegas to unveil their technology: Ultra-D – 3D content on any screen, without the need of glasses. Merely months later, the Eindhoven-based Seecubic was founded as an R&D subsidiary of Stream TV and tasked with developing the technology, components and services of Ultra-D.

Today, some eight years later, Seecubic and its parent company seem to have hit their stride as a developer and supplier of display technology. “We’re a technology provider, not a device maker. Our customers are the OEMs. We want to work with them on integrating our core technology to be used in their devices. They know how to make a computer. They know how to make a TV. They know how to make a smartphone. We don’t want to reinvent those wheels,” illustrates Bud Robertson, CEO of Seecubic. “It’s really about facilitating the adoption and integration of our optics, rendering and content format to participate in the overall content ecosystem.”

It appears this business model is poised for success. Stream TV is currently in talks with a number of global brands, the likes of Lenovo and Huawei, that are interested in adopting its technology in their devices. Recently, China’s BOE Technology Group, which this year surpassed LG as the world’s largest flat-panel display manufacturer, announced it would be partnering with the US company to utilize the glasses-free 3D platform developed at the Eindhoven-based R&D facility.

This surge in international interest stems from, at least in part, the advances in screen resolution technology – ie upgrading from 1080p to 4K and soon to 8K. The faster-than-expected rollout and market acceptance of 4K technology have had a major effect on Seecubic’s roadmap. “We already had a few customers interested at 1080p resolution, but it was clear that making a widespread consumer play was going to be difficult with that lower resolution,” recalls Robertson. “With the arrival of 4K a few years ago, everything really changed for us. Suddenly, we started to generate significant customer interest. This rush of customer interest, however, really shifted the business activities of Seecubic. Suddenly, we were less able to spend time innovating and we spent much more time reacting to customer inquiries, proving that our technology could be adapted to fit their specific needs. We were sort of limited to small-scale production.”

Now, a few years further down the road, Seecubic and its parent company Stream TV are again adjusting course. With the technology now to the point where the customer inquiries are satisfied, Stream TV is ready to move its technology to a larger-scale production phase. To facilitate this, the company has added a new product team and facility in Silicon Valley. “The past couple of years have been somewhat restrictive. We’ve had to put a lot of focus on maturing our products and making a lot of demos – sample panels for tablets, phones, TVs,” expresses Robertson. “The new team will be tasked with taking what we’ve incubated in the lab here in Eindhoven and productizing that technology into components that can be used by OEMs. What that really means for us at Seecubic is that we can get back to our roots, back into the innovation cycle.”

Expectedly, the opening of the new facility and the transfer of this technology to Silicon Valley left some of the Eindhoven employees a little skittish, not knowing what to expect. But to Robertson, the future in the Netherlands is clear. “I have a mandate to double the Eindhoven team over the next year or two. We’ve got a lot of work to do and we’ve got enough innovation projects to keep us busy for many lifetimes. We just need to develop them and get them ready for market,” says Robertson. “Our new mandate is expansion and innovation. We have some pretty exciting evolutionary work ahead to establish our technology as the de facto standard over time.”

Relieved by the spinout of the new group in America, the Seecubic team has wasted no time getting back to R&D. According to Robertson, there’s never been a shortage of projects and ideas, only a lack of time to focus on them. Robertson: “The new message from executive management in the US is to let the product team figure out integration; Seecubic’s focus should be on creating a new research roadmap and to get us working on some of the projects for which we haven’t had the time. In all, we have more than a dozen new ventures coming up on the agenda for 2020.”

One such project: integrated depth sensing. Currently, Seecubic’s Ultra-D format uses depth information plus video imaging. The thought is to collect depth information immediately at the camera, rather than processing the information after the fact. “We might not need real-time conversion. We want to develop real-time capture,” highlights Robertson. “That’s one project that we’re now exploring. Of course, it will largely depend on factors like whether current depth sensors are good enough to capture the quality of data that we need. Five years ago, they weren’t.”

Another project that has caught the interest of Seecubic is providing a glasses-free 3D experience for the cinema. “That’s a very different kind of project, but it falls well within the scope of our technology and one where we’re going to make a very big push. In fact, we’re already in contact with a very high-profile 3D filmmaker who wants to release a 3D film without the need for glasses,” reveals Robertson. “Work like this really gives our guys a chance to put on their creative hats and the ability to focus on inventing new flavors instead of cranking out variations of what we’ve been doing to date.”

Philips sees Domestic Appliances off to a new home

In January 2020, Philips announced its intentions to sell its Domestic Appliances division. By September of that year, in the… 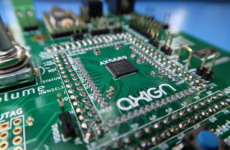 Audio control specialist Axign has announced the closing of another round of investment. This time around, the fabless semiconductor expert… 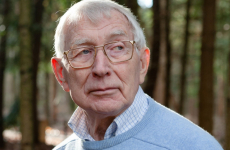 The passing of Lou Ottens marks the closing of an era. An audio man to the core, he stood at… 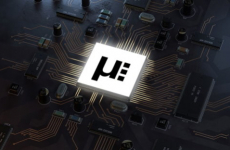 A little more than a year after closing a 5-million euro funding round, Micledi Microdisplays has hauled in another big…