Smart lighting systems bring the potential for big cost and energy savings. The public-private Prisma project has produced tooling to streamline their development and deployment. Partners Signify and ESI (TNO) are now building on their successful collaboration to put the results to broad practical use.

The Edge is a 40,000 m2 office building in Amsterdam’s Zuidas business district. One of its distinctive features is a smart lighting system, installed by Signify, formerly Philips Lighting. Nearly 6,500 connected LED luminaires create a digital lighting infrastructure throughout the 15-story building. Integrated sensors in the luminaires collect data on occupancy and light. This data allows facility managers to maximize The Edge’s operational efficiency and optimize office space, as well as reduce the building’s CO2 footprint. The result: a 3.6 million euro savings in space utilization and an annual reduction of 100,000 euros in energy costs.

Creating such a large, distributed system is no small feat, Signify’s Peter Fitski points out. “The luminaires each have their own controller, receiving a host of inputs from light switches and light and occupancy sensors. All these controllers talk to each other, share information via a lossy wireless network and act on it in a coordinated fashion. Our engineers develop the required functionality, lighting specialists design the desired environment and installation technicians make it work.”

A series of public-private success stories by Bits&Chips:
– NLR launches first drones beyond the visible line of sight
– ESI helps Thermo Fisher and Philips grease their software machines
– TUE, NXP and KPN roll out the red carpet for 5G
– TU Delft material shines in medical detectors
– Qutech: building a quantum delta, one (qu)bit at a time
– NLR takes the controls to bring propeller noise down
– UT and Axign put the brakes on radio interference

Until recently, programming the individual building blocks, gluing them together and maintaining the resulting system were largely manual tasks, labor intensive and error prone. Together with ESI, the high-tech embedded systems joint innovation center of the Netherlands Organization for Applied Scientific Research (TNO), Signify started the public-private Prisma project to shine a light on the problem. This has resulted in tooling to streamline the development and deployment, which the Eindhoven company is now incorporating into its engineering process. Meanwhile, ESI is extending the solution to internet-of-things (IoT) applications in general.

The Prisma tooling is based on so-called domain-specific languages (DSLs). These can be used by specialists, in this case from the lighting domain, to specify a system using their own jargon, from which software can then be automatically generated. “With Signify, we identified three types of stakeholders: the installation technician, the lighting designer and the system developer,” says ESI’s Jack Sleuters. “For each, we defined a separate DSL.”

The so-called building DSL lets the installation technicians write down what devices go where, in terms of luminaires, sensors, switches, groupings, rooms and such. Using the template DSL, the system developers can describe how the devices have to behave, independently of their number or location. The control DSL links the two, allowing the lighting designers to map the behavior to the physical space by indicating how the lighting changes, why, when and where.

The big advantage of DSLs is their formal character. “We used to write down the behavior in plain English, also to align with our not-so-technical colleagues,” illustrates Fitski. “But sometimes you make implicit assumptions or otherwise forget to include things. That became apparent when ESI looked at the documents and started asking questions like: ‘How does this work exactly?’ and ‘What happens in this case?’. The formal notation of a DSL forces you to be really precise about system behavior – it leaves no room for ambiguities.”

Plus, it talks the talk of the domain specialists. Worded in jargon, the specifications are clear to all stakeholders. “We’ve formalized the lighting domain, so to say,” clarifies Fitski. Sleuters adds: “And by staying on a relatively general level, you can talk about office behavior without having to know the details, so both an engineer and a marketeer can understand it – and each other.”

Within the Prisma project, ESI (TNO) and Signify aimed to reduce the effort for the full product lifecycle of distributed control systems: specification, development, validation, installation, commissioning and maintenance. The focus was on the lighting domain, with an extension to IoT applications in general. ESI participation was co-funded by Holland High Tech, Top Sector HTSM, with a public-private partnership grant for research and innovation.

The Prisma project ran from 2015 to 2018. In the past two years, Signify has integrated the results into its way of working, with a primary focus on the template DSL to express behavior – the development side. “There, we felt the need the most,” notes Fitski. “We dove in deep. We started using the language and, step by step, developed it into something that can be easily applied in practice. One of the things we did is create an automated translation from the high-level DSL to the low-level lighting controls.”

Signify engineers now have a toolchain at their disposal to automatically generate luminaire configurations. Fitski: “Based on the open-source Eclipse framework, we’ve built an editor with extensive error checking, in which we can specify lighting behavior using the template DSL. With the push of a button, the specifications are converted into configurations that can be sent to the luminaires. We’ve also added a graphical extension to visualize the programmed behavior.”

The luminaire configurations combine into recipes for complete lighting systems. “We’ve predefined a couple of recipes. They offer set behaviors with some configurability,” Fitski explains. “Once selected, a recipe is automatically transformed into the constituent configurations.”

Currently, the tooling supports two product lines: the luminaires that communicate wirelessly using the Zigbee protocol and those that are connected using Power over Ethernet (PoE) wires. “Starting from one and the same DSL instance, we can apply two transformations: one for the Zigbee implementation and one for the PoE implementation,” outlines Fitski. “Both are completely hardware independent. Within our Zigbee and PoE families, we have different controller types, but the generated implementations work on all of them.”

ESI, meanwhile, has also successfully built on the Prisma results. “You can do much more with the DSL framework,” states Sleuters. “We’re using it to create so-called virtual prototypes, for example. Once you’ve got a DSL description of your lighting system, you can simulate the complete behavior in a building. You can then walk customers through it at an early stage. By adding occupancy information, you can also make estimations about power consumption and optimize these by tweaking your model.”

From a virtual prototype, it’s a relatively small step to a so-called digital twin – a digital copy that can be fed actual operational data from the real system. Sleuters: “If your model is correct, this should give you exactly the behavior you want. If not, you’ve uncovered an error and you can go and fix it.” Which is easier and cheaper to do in a digital-only system than when the hardware has already been set up.

More in the research realm, ESI has enhanced the Prisma framework with an even more powerful way to check for errors. “We’ve added a language to describe the system requirements on a high level,” says Sleuters. “From this description, a so-called model checker tool can determine whether a sequence of inputs and triggers exists that causes bad behavior. If it can’t find one, the system is guaranteed to work properly.”

Next to these developments, which are equally interesting for Signify to adopt, ESI is also taking Prisma out of lighting. As Sleuters and his colleagues have found the approach to be very useful for other connected large-scale distributed systems as well, they’ve broadened the scope to the IoT domain. “We’ve transformed the Prisma languages into a general IoT DSL. We’ve shown that it still works for the Signify case and we’re now looking to apply it to other areas, eg warehouse logistics – replacing luminaires and rooms with shuttles and conveyor belts.”

The public-private collaboration has brought Signify valuable knowledge about DSLs. “This rather scientific world of formal languages and tooling is quite difficult to grasp,” Fitski finds. “Within our organization, we had some scattered experience in this area, but with the know-how of ESI and its network of partners, we’ve been able to put the technology to practical use.”

ESI’s Sleuters values the opportunity to do research in parallel to regular product development. “This industry-as-a-lab approach, as we call it, was picked up really well by Signify. There was broad support, from all levels in the organization.”

“In Q1 2021, we saw the trends continuing, including the ongoing strong performance of our nearshoring and project businesses, and… 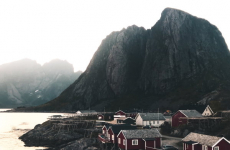 Prodrive streamlines software development with its own platform

With the in-house built PMP platform, Prodrive Technologies has succeeded in its efforts to make sure software development is no…