Through its Tech Fund, Sioux has invested 3 million euros in Samantree Medical, an EPFL spin-off (Ecole Polytechnique Fédérale de Lausanne). The Brabant Development Agency (BOM) is putting money in as well. A digital microscope for ultra-fast confocal imaging, Samantree’s Histolog scanner helps cancer clinicians to visualize fresh excisions and check for complete tumor removal during surgery. Together with the investment, Sioux has acquired the exclusive right to manufacture the system. The Eindhoven-based technology group will also be supporting the Swiss company with its expertise in production, data analysis and AI.

When excising a tumor, the challenge for the surgeon is to remove all of the cancerous tissue while preserving as much as possible of the surrounding healthy tissue. To check the resection, the excision is prepared in thin slices for microscopical analysis in the pathology lab. This preparation takes time and is done after the surgery. Depending on the results, the patient may need to be operated on again to remove remaining cancerous tissue. Patient care can be much improved by making immediate margin assessment available during surgery.

For exactly this purpose, Samantree has teamed up with surgeons and pathologists to bring confocal microscopy to the operating room. The Histolog scanner seamlessly integrates with the other equipment there. Once resected, the excision is simply dipped in a contrast agent and placed on a disposable dish over the imaging window – all within one minute and without the need for fixing, embedding or glass mounting the tissue. Then, within a few seconds, a digital image of the excision surface is made and displayed on a touch screen. The surgeon can zoom in and move around in the picture to look at suspicious lesions. What’s more, the excision remains intact for later final assessment.

The first version of the Histolog scanner was CE marked in July 2016. Since, it has been used in renowned centers to demonstrate its imaging performance in both skin cancer and breast cancer specimens. The v2.0 upgrade was CE marked in October 2018 and is now available to accommodate whole lumpectomy specimens. For further development, Samantree last year received a European grant of 2.3 million euros. “We want to be a part of this development,” says Arnoud de Geus, Director of New Business Development at Sioux. Recently, the Eindhoven company already strengthened its position in the med tech industry by acquiring the German engineering company 4 Plus (link in Dutch).

Through its Tech Fund, Sioux is regularly involved as an investor in high tech companies. After previous successful exits, it set up a second fund (link in Dutch) together with the European Angel Fund (EAF) Netherlands, advised by the European Investment Fund. Both Sioux and the EAF Netherlands are contributing five million euros in the first phase. 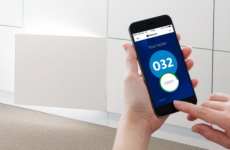 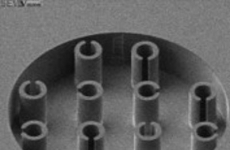 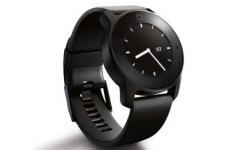 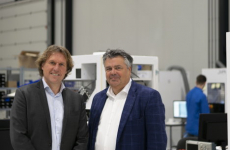