Schiphol Airport and KLM have taken into use the world’s first fully automatic jet bridge. The passenger tube can be connected to an airplane within a minute, reducing the time between arrival and departure and decreasing the chances for malfunctions and damage. Schiphol and KLM will test the automatic system until the end of 2019, after which they’ll decide on further roll-out at the airport. Chinese CIMC-Tianda provided the jet bridge, while Sioux Technologies from Eindhoven supplied the required expertise in electronics, software and mathematical algorithms.

Traditional passenger boarding bridges are manually controlled using a joystick. In sixty percent of the cases, it takes longer than a minute to connect them. There’s also a risk of damaging the plane, incurring high repair costs.

The new system utilizes a number of sensors and two cameras, which generate a 3D image. The software analyzes this image to locate the airplane door, after which it moves the bridge towards it. Sioux had to build a large dataset to be able to recognize all doors of different airplane types. 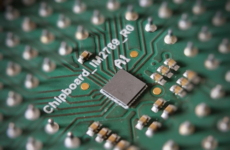 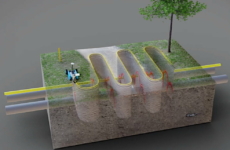