Sonos has announced the acquisition of Mayht, a Delft University of Technology spinoff that has invented a new approach to audio transducers. Transducers are the foundational element within speakers that create sound and the Dutch startup has re-engineered them to enable smaller and lighter form factors without compromising on quality. The American audio powerhouse is paying approximately 100 million dollars in existing cash on hand.

Mayht was founded in 2016 by the brothers Scheek, CEO Mattias and CTO Timothy, two loudspeaker enthusiasts. Their dream was to create speakers the size of a lunch box producing the sound of tower speakers. This has resulted in Heartmotion, the world’s first self-balancing driver technology affording order-of-magnitude improvements in key measures such as maximum output, size, weight and flexibility.

Any size Heartmotion driver is on average five times lighter than a conventional driver with the same maximum output, but because of incredibly high air displacement, in three variations, it can be compared to a much larger driver when it comes to maximum sound pressure level. The self-balancing prevents audio systems from shaking – a major problem in the audio industry. The enclosure can be over ten times smaller than that of a conventional driver without the need for more amplifier power to overcome the high air pressure inside. Heartmotion drivers have the highest bass sensitivity ever, compared to any driver in the same enclosure size.

With over fifty patents and patent applications, several model rights and an immense library of know-how, Mayht says its technology is ready to fundamentally change the audio industry. Last December, the company already got a big boost through a Series A follow-on round led by Swedish solar cell company Exeger, venture capital firm Forward.One and world-renowned music producer and DJ Martin Garrix. This took investment in the firm to nearly 10 million dollars.

“Mayht’s breakthrough in transducer technology will enable Sonos to take another leap forward in our product portfolio,” says Patrick Spence, CEO of the audio outfit based in Santa Barbara, California. “This strategic acquisition gives us more incredible people, technology and intellectual property that will further distinguish the Sonos experience, enhance our competitive advantage and accelerate our future roadmap.”

“We’re very excited and proud to become a part of Sonos,” comments Mattias Scheek. “Our dream has always been to set a new standard in the audio industry. The integration of our technology into Sonos products will further revolutionize high-quality sound.” 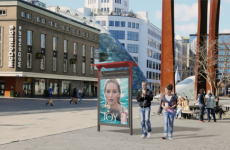 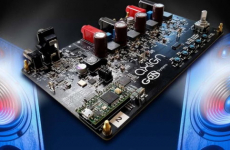 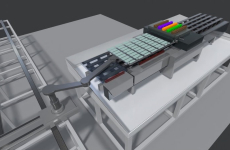 Now that display manufacturers’ appetite for new deposition technology has faded for the moment, startup SALDtech is forced to explore… 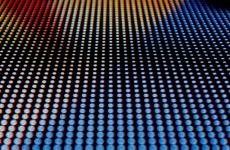 With the first shipment of its Luminex platform, building on former Assembleon systems, Kulicke & Soffa underlines its commitment to…