In various media and certainly in this magazine, many authors have pointed to the continuous loss of quality in technical education over the last three decades, aptly illustrated by the drop Dutch technical universities made on the recently published Times Higher Education ranking.

The causes have been identified more than once. The poor quality of arithmetic training in primary school by teachers that themselves are unable to perform a division, is a bad starter. High schools lack sufficient enthusiastic and qualified teachers. And the few ones left are neither supported nor challenged to raise the math, chemistry and physics levels. Universities are focused, measured and financed by the amount of (un)qualified engineers they produce. And let us not forget the overriding antipathy in Dutch society towards a strive for excellence – particularly in technical performance.

But enough with the good news.

Evelien Polter, a retired vocational education (MBO) professor, Mohammed Saiah, a Utrecht councilor and MBO graduate, and chair of the MBO counsel Ton Heerts expressed an alarming lack of mastery of the Dutch language among graduates of the secondary vocational education. Too many fresh electrical and mechanical engineers are unable to read an instruction manual! It’s not the technical content that poses an obstacle but interpreting the Dutch phrases correctly. Reading a letter from the government, writing a flawless CV or understanding a newspaper article is problematic for an increasing number of professionals.

Of course, the issue is well-known for a considerable group of people with mental disabilities or a broken educational path (some 2.5 million in the Netherlands). But the fact that engineers who are going to run their own businesses or occupy crucial positions in industrial operations have such a low language proficiency is frightening and must have an impact on our economic growth potential.

Obviously, the problem isn’t limited to MBO-level education. HBO and academic educations, too, wrestle with the poor command of the working language. Law schools feel the need to teach additional Dutch grammar as high-school level is far from sufficient.

My own correspondence with Dutch students and PhDs working in the field can easily serve as training material for primary school courses ‘How not to phrase’. Let alone the subtleties of punctuation. It even strikes me how difficult MEE engineers find it to sit down and read a technical paper, be it in Dutch or English.

As English is now the working language in larger companies and universities, a higher level of language skills is obligatory. Acquiring sufficient language skills is as important as a strong background in math. Universities and higher vocational education institutions must prepare future engineers for an English-spoken career by offering ample training opportunities.

One of the striking functions of language proficiency is the ability to argue and reason. Some call this the main differentiator between mankind and animals. A good discussion starts with listening and understanding what the speaker tries to explain. After that, one’s own opinion must be expressed in a way that matches the audience. In this way, disputes are resolved – properly expressed arguments clarify any misunderstandings or lack of information. The higher the mastery of language the better the result of the discussion, brainstorm session and so on.

Lack of language abilities leads to a negative spiral: people with low language proficiency can understand only primitive messages and will preferably listen to and support people at that same level. Messages are distorted and opinions are sent into the extreme.

Institutions like the SER and the educational inspection office have repeatedly called for a ‘language offensive’. However, it remains questionable if those responsible for language education will actually listen and act. Whether that’s a matter of language proficiency or political ambitions is a question on another level.

Without the workforce, any industry policy is doomed to fail. So where’s the human resource plan to match the European… 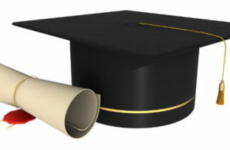