Maarten Buijs is an innovation expert on a break.

I recently bought a new TV for our living room. I was very pleased to be able to buy an affordable OLED television from Philips. Although the TV is manufactured by TP Vision, I assume that some or much of the technology inside originated from Philips. When I worked at Philips Research (Natlab), organic LEDs were hot and we started working on organic LED technology for displays, having missed the right boat for LCD and having failed with proprietary flat-panel technology based on electron hopping.

At the Natlab in Eindhoven, we worked on the polymer variant of OLEDs. I was heading the department responsible for the ink-jetting science and polymer OLED technology. Philips Research in Aachen worked on small-molecule OLED. I seem to remember that that was to our dismay because our technology assessment indicated polyLED to be superior. We didn’t believe in the concept of spending money on competing technology development. To my recollection, Aachen got away with it because their technology wasn’t for television but for lighting, which was their turf. Now we see that small-molecule OLED is the technology of choice for TV.

Another invention of that time was the CD-I, the interactive CD that Philips brought to the market when I started working there. Even though it was expensive, I felt compelled to buy it as an eager young Philips employee. I never regretted that: it was a perfect interactive experience at a time when game computers had terrible graphics and PCs still worked with command lines. My small children loved it and were still fondly reminiscing of it years later when Nintendo and other game consoles dominated.

Unfortunately, this was another textbook case of a bad go-to-market strategy. As a member of Philips’ Genootschap van Jonge Academen (“society of young academics”), I had volunteered to sell or at least explain the new CD-I to customers in an electronics shop in the Netherlands. Together with the other volunteers, I was trained by people from Philips Nederland in how to approach this: focus on the educational value, with items like exploring the Smithsonian or Van Gogh’s paintings, and downplay the game capabilities of the CD-I, like battleship or pinball – very nice games that we still refer to in our family. None of the shoppers I subsequently talked to was interested in the former; most wanted to know more about the games. The CD-I never became a success but I still believe that the technologies it used were the front-runners in what is now, of course, a huge gaming industry.

If the constituents of the philosopher’s stone were known, innovation would be a piece of cake

Forecasting which promising technologies are going to make it and in what form is obviously the philosopher’s stone with which fortunes, empires and industries are built. If the stone’s constituents were known, innovation would be a piece of cake, though much less fun (and blood, sweat and tears). I do strongly believe in two important ingredients.

The first is having a champion who owns the technology and is willing to go all the extra marathons to turn it into a success. There are many examples of such champions in history. I often refer to the well-known story of James Dyson, partly because there’s also a link to my past at the Natlab: in my first job, I was asked to look at a patent and prototype for cyclone-based vacuum cleaning, developed by one of the engineers, at about the same time that Dyson was despairing to find a manufacturer for his similar solution. In the end, he managed to build an empire.

The second ingredient to the philosopher’s stone is the agile concept of failing fast. In a non-deterministic system, that’s the best way of quickly finding out what works and what doesn’t.

Both ingredients point away from large monolithic R&D organizations, like the Natbab, towards an ecosystem of fast and nimble start-ups. Just like other large corporations, Philips came to that realization, slimmed down its research organization and laid the foundation for Brainport by creating the High Tech Campus. 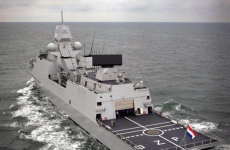 As of this year, Thales and the University of Amsterdam (UvA) are part of the partner board of ESI, the… 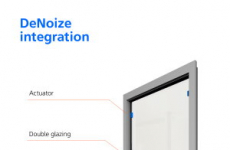 Denoize receives Uniiq investment to turn down outside noise

Delft’s Denoize is getting a welcomed boost in capital. The proof-of-concept-focused Uniiq investment fund announced that it has contributed 200,000… 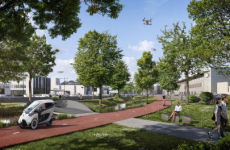 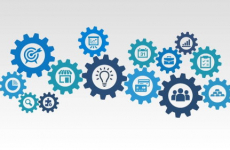