As it was Thanksgiving in the US last week, I wanted to follow up with a reflection on the notion of scarcity and abundance. Many in industry operate with a scarcity mindset, believing that basically everything we’re concerned with is available only in limited amounts. Whether it’s ‘winning’ a customer, being promoted or getting a project that you asked for, the basic assumption is that either someone else gets it or you get it. It’s a win-lose situation.

The reason for this can, of course, be found in the evolution of humankind. For the hundreds of thousands of years that the predecessors of modern-day humans roamed the earth, everything was driven by scarcity. Food was scarce, safe places to live were scarce, people to partner with safely were scarce, and so on. And this translates into many of our current behaviors in society. In football games, one team wins and the other loses. In television shows, there’s one winner. In computer gaming, the battle royale games go through successive rounds of fights until only one player is left.

For virtually everyone in the western world, scarcity is largely an illusion. We all have access to food, a safe place to live, access to healthcare, protection from threats, and so on. Using Maslov’s theory as a basis, our physiological and safety needs are largely taken care of and these basic needs were historically where scarcity existed. Our psychological and self-fulfillment needs are typically not where scarcity is an issue. When someone else enters a relationship, it doesn’t reduce your opportunities to enter a relationship. When a colleague of mine publishes a paper, it doesn’t affect my opportunities to publish a paper.

In our economy and business, we have the same misconception of scarcity. Most people seem to miss that the economy is growing all the time. GDP growth means that there’s more value, with money as its proxy, created by an economy. That value and money don’t mean that a country had to lose for another country to win. In some way, we’re creating value and money ‘out of thin air’ (see Wikipedia for a longer exploration of this topic). Thanks to the digitalization of society, more and more of that value is digital, as can be witnessed by the valuations of technology behemoths such as Microsoft, Facebook and Google. And because of that, our planet’s physical resources are less and less the source of value creation, which is a good thing from an environmental perspective.

The point I’m trying to make is that we live in an age of abundance. For most of us, we can put virtually all our life energy into self-actualization and creating a positive impact on the world we live in. We can do this through work, volunteering, relationships, community efforts, politics or any other means. But we should view the world around us through the lens of abundance, rather than the lens of scarcity.

In business, this means that a competitor or partner doing well doesn’t mean that you lose opportunities to do well. In fact, several of the startups I’m involved in celebrate when companies in the same space do well as it means that the size of the cake is growing. Especially for new companies, it’s not the competition that’s the concern, but overcoming non-consumption, eg companies that continue to use pen and paper instead of the nifty tool you created. So, instead of competing at the sharp end of the knife with a scarcity mindset, look for ways to create win-win situations and adopt an abundance mindset. There’s more than enough for all of us. Your growth is only helping my growth!

Many who will read this will undoubtedly point to all the pain and suffering that still exist in the world and I don’t want to ignore that or sweep it under the rug. But the fact is that virtually every metric concerning the quality of life in the world, ranging from war deaths and people living in poverty to child mortality and life expectancy, is improving and humanity has never lived in a better age. We live in the age of abundance and, for all the troubles in the world today, I believe it’s good to remember that and be grateful for it. 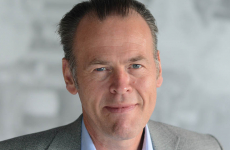 Over the last few weeks, I’ve been in discussions with several companies and the same problem occurred: my contacts raised…