From an endless loop of deliberations to receiving criticism that can sound downright rude, when you’re new to the Netherlands, the Dutch work culture can seem totally weird. To help facilitate integration, tech companies are sending their expat workers to the training “How to be successful in the Dutch high tech work culture”.

As an expat, you’ve probably already learned that transitioning into the high tech work culture in the Netherlands is a difficult adjustment. If you’re new to the region, and you find yourself asking questions like: ‘We’re having another meeting?’ or thinking, ‘Why are they asking me, it’s not my job’ – welcome to the Dutch work culture, one place that’s sure to have you feeling like a square peg, trying to fit into a round hole.

How to be successful in the Dutch high tech work culture

Learn the history behind the Netherlands' unique approach to work, and why it's a plus in the technology industry. You'll also practice the concrete day-to-day skills you need to survive – and thrive.

Because this can be such a difficult transition to maneuver, High Tech Institute, together with content partner Settels Savenije & Friedrich, is offering the training “How to be successful in the Dutch high tech work culture”. Here’s your beginner’s guide.

One of the first things you’ll notice while working in the Netherlands is that the corporate power structure is typically as flat as a pannenkoek. The Netherlands isn’t at all into hierarchy. In business, status is nothing, and credibility counts for everything. In the training, participants learn ways to build their reputation by taking ownership and doing what’s necessary to get the job done. They also learn that one of the fastest ways to kill credibility is by being confined to the parameters of a job description.

“If you think you can, then do. Even if it’s not exactly your job. Don’t be limited to only what was asked of you, and don’t be afraid to take a risk,” proposes course instructor, Claus Neeleman. “It’s also important to be honest and own up to mistakes rather than make excuses. It’s always better to be sorry than to do nothing at all.”

Another indicator of the lack of hierarchy in the Netherlands is the need for consensus. One well-known characteristic of the Dutch high tech workplace is the seemingly endless number of meetings and discussions. Do the words, ‘let’s meet again next week to discuss this further’, sound familiar? You’re thinking, how hard could it be to decide, right? For some, this is difficult to acclimate to. Yes, meetings take time and it might appear to be inefficient, but it’s all designed to build consensus – or what the Dutch refer to as, ‘polderen’. “Polderen is simply about everyone doing their part to come to a consensus and make decisions,” explains Neeleman.

This longstanding method is a deeply ingrained cultural value. For centuries, the Netherlands has looked for innovative solutions to confront the threat of water. The lowland mentality is, ‘we’re all on this ship together, so it’s up to everyone to come up with the best possible answer’. Thus, it’s important to participate and give input. It doesn’t matter if you’re an expert, or if you have nothing crucial to add. Your responsibility is simply to be part of the discussion, which is another way to build your credibility. Some issues require out-of-the-box thinking from the non-experts. “Just ask the little boy who put his finger in the dike,” jokes Neeleman. “The idea doesn’t have to be perfect; it just has to work.”

Because of the sheer number of meetings and interaction in the Dutch work environment, good communication skills are a necessity – both verbal and nonverbal. As such, one of the central themes of the one-day training focuses on communication styles and active listening skills. From body language to facial expressions and tone of voice, participants learn not only how to express themselves more effectively, but they also gain experience in how to pick up on the social cues given by others.

During multiple practice rounds, students learn that good communication skills start with the ability to really hear what someone is saying. For this, trainees are taught a three-step process for active listening. First, listen intently. Second, summarize to display you listened and understand. Finally, ask questions for clarification. While this is simple in theory, cross-cultural communication is not always clear nor easy to understand. For many participants, like Bahaa Ibrahiem – a setup tooling and visualization engineer with ASML – this section of the course was a real eye-opener. Ibrahiem: “After more than a year of living and working in the Netherlands, this training has really improved my cultural awareness and my communication with my Dutch colleagues.”

Kick the ball, not the person

Of course, even with active communication skills, when trying to bring together so many personalities and opinions, inherently there are going to be disagreements. This can sometimes result in the exchange of heated discussions or feedback that seems rather harsh. This sort of critical back and forth can be especially difficult for expats that are new to the workforce in the Netherlands. Culturally speaking, the Dutch don’t mince words and are well-known for their directness. All too often, this can leave a foreign colleague befuddled and entirely insecure with the critique.

“The idea is that feedback shouldn’t be personal. It’s about kicking the ball, not the person,” elucidates Neeleman. “Good feedback is constructive, is to the point and is given simply with the intent to solve a problem.”

On the flip side of the coin is learning to deliver helpful feedback, which is a significant portion of the culture training. To stay within the boundaries of offering productive and professional criticism, participants learn about a four-step feedback process. Step one: make a contract by asking if you can give some feedback. Step two: if agreed upon, provide a focused and factual explanation of the problem. Describe the behavior and the resulting impact, while being sure to leave emotions out of the discussion. Keep in mind: it’s purely business, nothing personal. Step three is to allow the other side to respond. Ask open questions like, ‘do you recognize this?’ and invite them into the process. The last step is to look for a mutual solution and ultimately, to make an agreement.

Training participants find this to be one of the most effective parts of the course and appreciate the ample time spent on practical exercises. Deepthi Srinivas, design engineer at ASML: “We all come from different parts of the world and every place has its way of working. Instead of wondering what went wrong and finding it out the hard way, it’s so much more efficient if one is aware of what to expect and what is expected.”

When I was a teenager, I thought the pinnacle of professional success was being responsible for hundreds of people in… 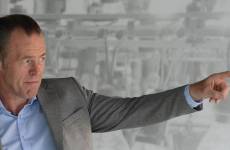 Rule 5: Lean into the future 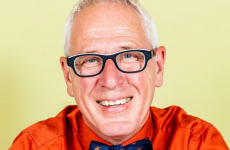