The corona pandemic seems to be bringing out the authoritarian in me. I simply cannot wrap my head around why anybody would refuse to sacrifice a little privacy if that means we can better control the spread of the virus. Don’t people want to lessen their chances of infection? Wouldn’t they like to leave their houses more often? And, more importantly, don’t they want to keep their jobs? Aren’t these the same people that are more than happy to hand over their data to Google and Facebook for services that are trivial compared to containing a pandemic?

Before you ask: yes, I did read George Orwell’s Nineteen eighty-four. And I know that China’s rulers are now trying to copy it. But we don’t live in Oceania or China. We live in a country that’s capable of striking the right balance between deploying technology to contain the virus and shoring up some civil liberties, now that these most extraordinary of circumstances call for it.

Enter Bluetooth tracking, which has been put forward as a relatively privacy-friendly way of detecting possible infection events. Using anonymous identifiers, smartphones would detect which other smartphones they get into proximity with, and keep a local record of about 14 days (the maximum incubation period of the virus). When a person tests positive, his or her identifier is released to the public, allowing all users to scan for that ID in their database. If it’s in there, you know you might have been exposed, but not where, when and by whom.

Sounds good, right? It’s largely an autonomous process that doesn’t hand over location data to the government. Unfortunately, it will be impossible to forego middlemen entirely, since an authority is required to sign off on a positive test before it gets fed into the system. Otherwise, trolls will have a field day.

But as much as it pains me to say this, there are two major problems with this system. First of all, what happens when someone gets alerted of an exposure? Will he promptly give up his new-found freedom and voluntarily self-quarantine for two weeks, or until he can get tested? Will there be even enough capacity to do all those tests? Forcing isolation is way too 1984’ish, obviously.

There are serious limitations to Bluetooth tracking

This open end is even more relevant when the reliability of the system is considered. As University of Twente professor Bram Nauta explained in NRC Handelsblad, there are serious limitations to Bluetooth tracking. With signals bouncing off surfaces, while being absorbed by or passing through others, it’s very hard to reliably detect events that actually represent an exposure risk. You could be close enough to an infected person and never get an alert, or you could get a warning even though you were never close enough.

Reliability might be enhanced using characteristics like signal strength and the duration and/or frequency of encounters, but it seems hard to detect a majority of true exposure events while avoiding a lot of false positives.

Together, these problems call into question whether the tracking system would be worth it. If a certain threshold of effectiveness and reliability cannot be met, it’s better not to rely on it for loosening lockdown restrictions. It wouldn’t be worth the false sense of security nor the eventual backlash from the general public. So, as things stand now, it’s the technology that throws a wrench into the works, not civil rights. 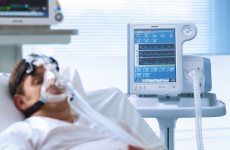 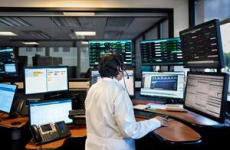