While the coronavirus is causing distress all around the world, most tier-1 suppliers in the Netherlands are able to continue their operations. With a disrupted supply chain and extensive safety measures being taken, NTS, VDL, Technolution and Neways are mostly concerned with ongoing activities. Demcon has to step up to meet the demand for their ventilator modules.

Discussing the effects of the corona outbreak on his company, NTS CEO Marc Hendrikse doesn’t see any drop in demand for products. In fact, there’s even a slight increase. “That’s what we call the pull-in effect,” Hendrikse explains to Bits&Chips. “Customers place orders earlier than normal, now that they know for sure that the factories are still operational.” He argues that the end markets in which NTS is active, ie semicon, life science and analytical, just continue to go forward.

This can be challenging if the supply chain is disrupted. “In February, our factory in Shanghai was completely shut down,” says Hendrikse. “That location is now fully open again.” The relative uncertainty means that the company operates more than usual in reactive mode. “We evaluate customer demand, supplier capabilities and available staff on a daily basis.”

Hendrikse speaks of an unprecedented crisis. “The financial crisis of 2009 caused a sudden drop in demand. But in the end, we quickly returned to the old level. The effects of the coronavirus are coming on more slowly, but we’ll probably continue to feel them for much longer.”

“It’s constantly finding a balance between health measures and continuity of operation,” VDL spokesperson Miel Timmers tells Bits&Chips. Initially, his company’s 104 units were still fully operational. Stocks and supplies were sufficient and the number of orders remained on par. Eventually, however, the production of Minis and BMWs at VDL Nedcar got halted.

VDL has made some adjustments to ensure the RIVM restrictions are being followed. Timmers: “Some departments have been split to avoid an entire department shutting down at once.” Company cafeterias have been closed and are now used as extra workstations, to create more distance between employees. The time between different shifts has also been increased, to minimize contact and allow for extra cleaning rounds. “Overall, we just want to continue safe operation as much as possible.”

Technolution saw some partners in China close down over the course of February, which affected the supply chain and decreased production. At one point, spokesperson Peter Trimp states, all suppliers were closed. That caused some delays, but about halfway through March, most were up and running again. Technolution hasn’t yet experienced a decline in orders. Everything’s operational, be it with employees working from home as much as possible. “For now, we’ve been able to keep the company up and running.”

All Neways branches in the Netherlands, Germany, the Czech Republic, Slovakia and China remain operational at this time. However, the Son-based EMS provider expects a greater impact on operations in the second quarter as a result of delays in the supply of components and the temporary closure of its clients’ production facilities, especially in the automotive sector. The borders of some countries where suppliers are located have been temporarily closed and it’s unclear when they might reopen or whether further restrictions will be imposed.

To safeguard continuity, Neways has taken several measures like limiting operating expenses, reducing its investment program and intensifying contacts with clients. While it considers itself financial sound at the moment, it points out that there’s insufficient clarity at this time about how long the current situation may last and what the potential impact may be for clients.

Demcon is experiencing the corona crisis in a very different way. Its ventilator modules are in high demand. The modules are an important part of the respiratory systems that are used to treat COVID-19 patients in intensive care. According to spokesperson Renée Koekkoek op Munsterhuis, the demand has been increasing since the first outbreak in Wuhan. “So, we’ve been making a major effort to increase production.”

Recently, Demcon announced it will be producing complete ventilators as well, apart from the modules they’re already making. “That’s our first priority,” says Koekkoek op Munsterhuis. Even so, Demcon has been able to keep other projects running, although that was quite challenging. The RIVM advice is taken very seriously. “We prove to be more flexible than we thought. At a time like this, our improvisational capabilities and entrepreneurial spirit are truly tested.” 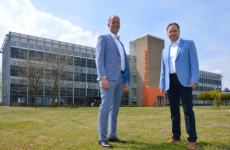 Sioux sets up shop in Apeldoorn

Sioux Technologies will open a new office in Apeldoorn. The originally Eindhoven-based tech company wants to be closer to both… 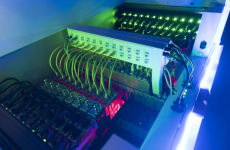 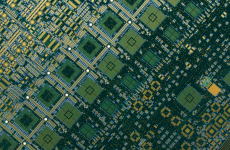 Today, RF circuitry is crammed into a large variety of commercial products. Most of these are handheld wireless devices for… 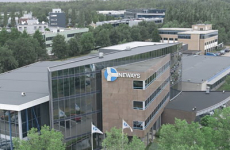 VDL in talks to acquire Neways

VDL Groep has announced it’s in talks to make a public offer on all issued and outstanding shares of Neways.…