Eppo Bruins is a member of the Dutch House of Representatives.

Emerging technologies have uncertain futures. Some will survive the trough of disillusionment, some won’t. Moreover, with innovation cycles speeding up and product lifetimes ever decreasing, some promising emerging technologies may not mature before the plateau of productivity is reached, because of the mere fact that the next-generation innovation already kicks in.

Thinking about this hype cycle for emerging technologies, I was struck by the similarity between technology hypes and my current natural habitat: politics. Four years ago, I switched careers. With more than 20 years of experience in science and science management and with a PhD in nuclear physics, I became an elected member of Dutch parliament in 2015. With nil political experience, I dived into deep waters when I swore allegiance to King and Constitution.

Yet, my natural habitat of ever-accelerating cyclic processes proved to be daily life also in the political arena. The word “hype cycle” certainly covers my present reality. In politics, new (and sometimes old or revived) ideas are coined on a day-by-day basis. If it’s a good idea or an original idea (not necessarily being a good or innovative one, I admit), it receives a lot of attention in the media and among colleagues. Whether the idea ever reaches the plateau of productivity is likewise very uncertain. Quite too often, the trough of disillusionment looms.

As in the field of emergent technologies, the chance of success of a political idea is dependent on more than only the quality of the idea. Competing ideas may interfere and – as in many fields and professions – the marketing strategy seems to be crucial. In politics, real change also takes time. Time and lots of hard work to really have an impact on society. From dream to realization is an uncertain path full of inspiration and transpiration.

In politics, this ever-accelerating cycle of ideas has one positive side effect. Especially when yesterday’s idea or remark wasn’t a very bright one, it’s quite a consolation that the next day brings its own daily news. Yesterday’s news is old news. Or, as we say in parliament, today’s fish is wrapped in yesterday’s newspaper.

Technologies that never made it through the trough of disillusionment somehow seem to undergo the same fate of oblivion. However, in the case of emergent technologies, this isn’t a consolation but the sad result of broken dreams. 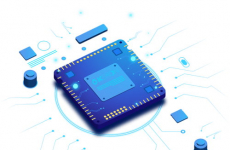 Brainport is so infatuated with its own technologies that it has lost sight of what matters most: whether people want…

Maarten Buijs shares his personal experience in trying to get innovations to the market before startups were a thing. 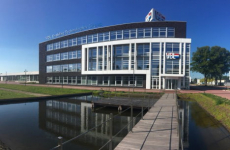