Move aside tandem solar cells, there may be a better way to increase the performance of PV systems. Managing to bring into practice a four-decade-old idea, MIT researchers light a path to silicon solar cells with an efficiency of 35 percent.

Solar cells are ridiculously wasteful. Any photon carrying less energy than the bandgap of the semiconductor will not be able to excite an electron and therefore will not contribute to solar current. Other photons do contribute, but all their energy in excess of the bandgap is lost as heat. Additional mechanisms lower efficiency as well, but these spectral losses hurt the most.

One solution is stacking solar cells with different bandgaps, allowing each of them to absorb different parts of the solar spectrum. These tandem cells can be quite effective, but they’re also complex and costly to manufacture.

An entirely different approach was thought up in 1979 by physicist David Dexter. He proposed spreading out the energy of one high-energy photon over two electron-hole pairs with energies that are better matched to the bandgap, thus reducing wasted energy.

Dexter’s idea wasn’t mere theory, as a material was known to do the required energy splitting trick: tetracene. When light strikes this organic semiconductor, an electron-hole pair called an exciton is formed. A singlet exciton to be precise, meaning it has zero spin. Next, in a process called singlet fission, some of the singlet excitons are converted into two triplet excitons with spin one. Unlike singlets, triplet excitons cannot return to the ground state by emitting radiation. This means they live longer, increasing the chances of the electron and the hole to reach their respective electrodes.

Unfortunately, tetracene cannot be placed directly on top of silicon, the most popular solar cell semiconductor in the world, because a buffer layer is needed to prevent electrons and holes recombining at the interface (edge) of the material. This passivation layer needs to be of a certain thickness to be effective, but no material could be found that was both thick enough for passivation and thin enough for excitons to be able to pass through.

Now, however, researchers at MIT are onto something. They’ve found that a 0.8-nanometer layer of hafnium oxynitride can simultaneously passivate silicon and let excitons pass. In their unoptimized solar cell, about 1.3 excitons made it to the semiconductor for every blue or green photon that struck the tetracene. That’s a long way off from the theoretical maximum of 2, but it establishes the potential of tetracene-mediated singlet fission for enhancing solar cell efficiency.

Based on their recent results, the MIT team estimates that their design could eventually take the theoretical maximum efficiency of a silicon solar cell up from 29 percent when not enhanced to 35 percent with tetracene. Getting there will take lots more research, however. For one, the rate of singlet fission will need to be increased, as quite a lot of singlet excitons were found in the silicon (they can also cross the passivation layer). Speeding up the exciton transfer process from tetracene to silicon will be beneficial as well. 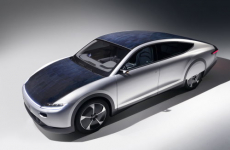 Lightyear has announced the closing of another round of investment. This time around, the Helmond-based EV developer pulled in a… 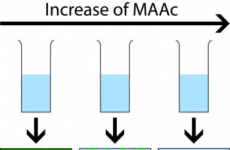 Amolf researchers have demonstrated that perovskites can, in fact, exist as amorphous materials. This discovery could significantly increase the efficiency… 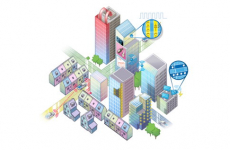 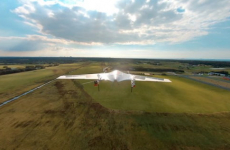