This week, Tvilight has been declared bankrupt by the northern district court of the Netherlands. The Delft University of Technology spin-off, with offices in Groningen, Schiphol and India, specializes in sensor-based street lighting (link in Dutch). Its CEO and founder, Chintan Shah, attributes the bankruptcy to unfortunate timing. “We were finalizing a new investment and at the last minute, one of the investors – from a consortium of three – stepped back. Because of our cash flow position, we were obliged to file for insolvency under Dutch law.”

Nevertheless, Shah has high hopes for turning Tvilight’s smart street lighting business back on. “We have a clear plan for a relaunch. Considering the existing product portfolio, IP and customer base, the company is in a very attractive position. I strongly believe that investors will step in.”

Tvilight’s smart street lights automatically lower their illumination level to 20 percent when no one’s around. This allows cutting down energy costs while maintaining a livable and safe environment – a completely dark street makes people feel uncomfortable. Only when the lights sense someone approaching, they turn back on. Passersby are thus moving in a circle of light, much like Michael Jackson and the glowing sidewalk tiles in the music video of his song, “Billie Jean”.

Shah obtained a master’s degree in technology management from TU Delft in 2006. He got the idea for Tvilight in 2010, while in the airplane from Amsterdam to London, looking down and seeing all the street lights turned on but hardly any car on the road. He assembled a multi-disciplinary team from his alma mater and developed a proof of concept, with which he succeeded to reel in the first customers: the municipalities of Assen, Groningen and Nuenen.

2016 marked a major step forward for Tvilight when the German lighting powerhouse, Osram, came on board, taking a 49 percent stake in the company. Currently, its solutions can be found across the Netherlands and in cities like Berlin, Istanbul and Seoul. On the Dutch island of Texel, it has realized its largest project to date: a network of more than 3,000 smart street lights. 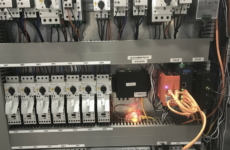 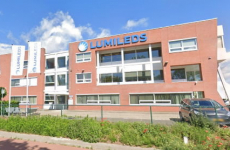 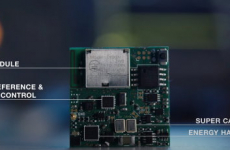 Advancing on their dream to rid internet-of-things devices of batteries, researchers at Delft University of Technology have developed “two-way, intermittently-powered… 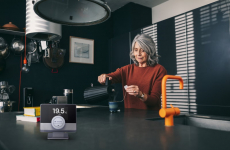 Comfortably connected to the cloud