UT researcher Jacob Kamminga has unveiled a next-generation “animal activity recognition” wildlife sensor. The high-tech motion sensor, which consumes very little energy and is built for rugged environments, is embedded with AI that recognizes motion patterns of a wide range of animals. By identifying these routine movements of wildlife, the sensor aims to give conservationists better tools and data to detect an animal’s response to human presence, or poachers in this case.

While utilizing technology and sensors to monitor wildlife isn’t new, the use of motion sensors attached to animals with integrated AI for recognition is a new take. Instead of training the system and input many possible movements for a diverse number of animal species – known as labeled data, the UT sensor uses mostly “unlabeled data,” with a small set of labeled data as a basis. The actual recognition is then done using simple decision trees, though it’s also possible to add deep-learning neural networks into the sensors, which improves the flexibility of the system. As replacing batteries to the sensors isn’t an option, the system only transmits data when there’s a change in motion, minimizing energy consumption. 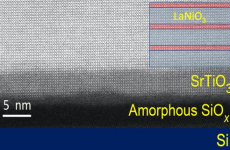 Researchers of the University of Twente (UT) have demonstrated a way to integrate so-called superlattice oxides (SLOs) on silicon. The… 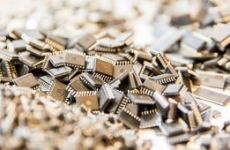 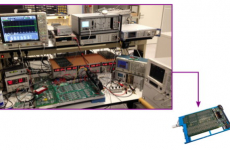