Jan Bosch is research center director, professor, consultant and angel investor in start-ups. You can contact him at jan@janbosch.com or follow him on janbosch.com/blog, Linkedin (linkedin.com/in/janbosch) or Twitter (@JanBosch).

A friend of mine got fired last week. I will not share any details to protect the innocent, but he had been with the same company for close to 20 years when the company, that has been struggling for years, decided that he wasn’t a good fit anymore.

The pattern is a typical one that I’ve seen play out many times before: you’re seriously concerned with the strategy and execution at the company where you’ve worked many years and express this publicly in meetings. Recently, new management has come in place that doesn’t like to be challenged by the old guard and, in response, decides to get rid of the old guard. And, like being struck by lightning, you’re kicked out from the very place that you’ve cared so much about for decades.

Rationally, we all know that this may happen to all of us, but emotionally, we always believe that it only happens to others. In many of the companies that I work with I notice that when it comes to assigning the people responsible for the actions that are part of the change initiative we defined during the workshop days, many indicate that they don’t know how to find the time for these actions. Not because they don’t think that these actions are important, but because the use of their time is controlled by others. Or rather, they perceive their time as being controlled by others. And, consequently, everyone runs around focusing on the urgent, but often unimportant, work, ignoring the important, but less urgent, work.

The problem is that with the digital transformation sweeping across industry and society, the expectations in companies will change, faster than ever before. This means that positions, jobs and tasks will disappear due to automation or because the business ecosystem changes and there’s no need for the job or task anymore. In a, in my opinion too negative and apocaholic, video, CGP Grey uses the example of horses at the turn of the previous century when cars and trucks became available. Horses are not only unemployed; they are unemployable because the business ecosystem changed fundamentally.

The takeaway from the above is that, as professionals, we need to take a much larger responsibility for our own lives. Rather than relying on your employer and assuming that the company will take care of you, you need to take your destiny into your own hands. Don’t leave it up to chance and blame anything negative that comes your way on bad luck. As the adage says: the harder you work, the luckier you get. Reflecting on this, I believe that there are at least three factors to keep in mind here.

First, keep yourself employable. As your employer is no longer guaranteeing employment for life, you need to proactively take charge of your attractiveness as an employee for your current as well as other employers. This requires you to have an idea of where the industry is going, what skills and experiences will likely be in demand and then proactively seek to develop those skills and experiences. The lack-of-time argument that I referred to earlier is simply an excuse for you not taking responsibility for your own employability or the long-term benefit for the company. We all have 168 hours per week and we are in charge of using those hours in the best way possible. Even when working full-time, assigning five or ten hours each week to improving your employability is, in a rapidly changing world, a must. As a concrete suggestion: follow online tutorials on machine and deep learning. With AI being the next ‘electricity’ for society and industry, even as a non-technical person, having a basic understanding of such a fundamental technology is extremely helpful.

Have a financial buffer

Second, have a financial buffer and create multiple sources of income. As Fred Wilson quipped, the three most harmful addictions are heroin, carbohydrates and a monthly salary. Although it has become the norm in western society to receive a paycheck each month, many have organized their lives on the assumption that there will be a paycheck and can’t even financially survive a month or two without money coming in. Don’t be stupid, but build up at least six months of financial buffer to tide you over when bad things happen. And, for Pete’s sake, don’t rely on the government to bail you out. Furthermore, if at all possible, see if you can develop alternative sources of income. Many employers don’t allow you to compete with their line of business, but surely your professional skills can be used in other contexts too. And if not your professional skills, maybe you have built up other skills through, eg, hobbies or sports that you can monetize. Having multiple sources of income will make you much less vulnerable to one of these sources disappearing. As a concrete suggestion: if you haven’t done so already, automatically move a good chunk of your salary to your savings account on the very day your salary comes in. And, of course, once you have a financial buffer, open a brokerage account and start investing your financial surplus in the cheapest, passively managed world mutual fund. If it works for Warren Buffett, it works for you too. And if you keep at it long enough and you managed to start early enough, you might be able to FIRE.

Third, and perhaps surprisingly, maintain your ‘weak’ network. Everyone has a network of colleagues, friends and family that we spend lots of time with. That is our strong network. However, research shows that it is our ‘weak’ network – the people that we’ve met once or twice, indirect connections, people we talk to at events or professional conferences, and so on – that provide the primary source of new opportunities. Whenever I speak to even senior executives at large companies, I’m amazed how few people these people know outside of their immediate circle of colleagues at the same company. Your weak network does not appear by magic but requires active maintenance and effort. As a concrete suggestion: update your LinkedIn profile and generate an online presence so that people know who you are and what you’re good at. And then sign up for that event or conference that you perhaps thought you didn’t have the time for.

Normally, I write about the implications of digitalization for companies and industries. However, you as a professional are affected too. Here, I’ve discussed three things that you can do, or at least start with today, right now, that will help you stay employable and in charge of your own destiny. Don’t be a victim, but create your own future! 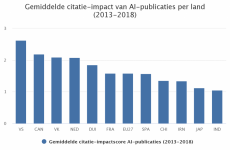 Don’t let your habits define you

This week, I had a meeting with the leadership team of a company that has asked me for help to…