This week, I spent two days in systems engineering workshops. Systems engineers are concerned with designing products and solutions including mechanical, electronic and software components. Systems engineers and architects address all requirements of a system, including regulatory constraints, such as functional safety, customer-facing functionality, such as the features that the customer uses on a daily basis, and evolvability and maintainability, decreasing the total cost of ownership over the lifetime of the system.

The systems engineering workshops were concerned with the implications of digitalization, which we define as software + data + artificial intelligence. The consequence of digitalization on most of the systems is that changes are required to their architecture. The interesting finding was that in several companies, there was nobody in the organization who was responsible for the overall systems architecture. Instead, the original architecture had become incarnated in the organizational structure. Each of the departments or units was responsible for one subsystem or component in the traditional architecture.

Of course, the strong relationship between architecture and R&D organization isn’t new. Many are aware of Conway’s law from 1967 and in earlier posts, I’ve presented the BAPO model. However, in both cases, the assumption is that there’s some role or team that governs the overall system architecture.

In many organizations, there’s no role or team governing the overall system architecture

The consequence of digitalization is that, in many industries, the dominant design that has been in place for many years or even several decades ceases to be the optimal solution. Instead, we need to return to architecture design to explore alternative architectures that better support the incorporation of software, data and artificial intelligence. The realization I had this week was that many companies are not realizing that the ‘dominant design’ architecture of their industry is outdated and needs to be replaced with a better alternative. This requires large amounts of experimentation with various architecture alternatives across the industry. Each company needs to conduct its own architecture experiments with the aim of identifying the new dominant design for the industry.

Concluding, digitalization is causing the disruption of the ‘dominant design’ architecture in many industries. In industries where that architecture has been the norm for many years or even decades, companies have no or severely atrophied systems engineering functions that are unable to provide governance of nor experimentation with the system architecture. This lack of capability is extremely dangerous for incumbent companies from a disruption perspective in any industry as ecosystem-level disruption is typically driven by the introduction of a new architecture that’s adopted as the new dominant design. So, the question I’d like to leave you with is: who manages your system architecture? 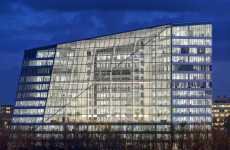 Smart lighting systems bring the potential for big cost and energy savings. The public-private Prisma project has produced tooling to… 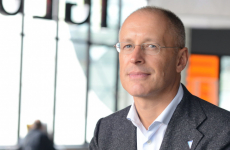 Embedded and cyber-physical systems are at the core of Europe’s future competitiveness. Value is shifting from components to systems and…

There’s an app for that

The corona pandemic seems to be bringing out the authoritarian in me. I simply cannot wrap my head around why…